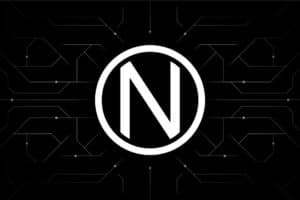 Nym is a project that aims to build an infrastructure focused on ensuring privacy. A few days ago, the team was in Paris and hosted Edward Snowden on stage during its presentation party, who spoke remotely via streaming for obvious reasons.

After the Nym launch with Edward Snowden – join us for an afterparty in Paris tonight, in partnership with @NetworkMeson https://t.co/DnFNGjiXuC

The speech between Snowden and the CEO of Nym

During his speech, Snowden asked Nym CEO Harry Halpin why there was no market for decentralized bands, and the suggestion was to use the Meson Network, with which Nym has partnered.

Here is the full video of the entire event and Snowden’s speech:

As explained on the official website, Nym protects privacy at the network level by encrypting and forwarding Internet traffic through a multilayer network called mixnet in which nodes mix your Internet traffic with that of other users, making communications private and hiding metadata.

The service is pay-as-you-go and is based on the cryptocurrency NYM, which is used to make transactions and send data through the mixnet. Anyone can manage these nodes and those who do are rewarded in NYM tokens based on the quality of service. This type of protocol is called Proof of Mixing.

It is also worth saying that Nym’s system is built to work with any application and blockchain, as according to the team not even Bitcoin and Zcash are secure enough. The site reads:

“From Bitcoin to ZCash, no current “layer 1” blockchain provides layer 0 privacy for the peer-to-peer broadcasts used in every transaction”.

Who has invested in Nym

Nym has recently received investments totalling $270 million and is also backed by Binance Labs, which has invested $2.5 million in the project. Other investors include Andreessen Horowitz of a16z Crypto, Barry Silbert, Tayssir Capital, Huobi Ventures, HashKey, Fenbushi Capital and many other big players.