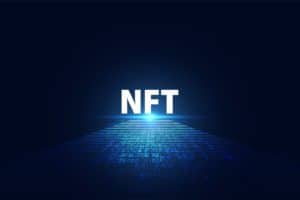 Is the NFT market in crisis?

The NFT market has begun to suffer following the total failure of the attempt to resell Jack Dorsey’s first tweet, bought last year for almost 2 million.

When Sian Estavi, an Iranian cryptocurrency entrepreneur, bought the first tweet in history last year, from 21 March 2006, which the founder of the social network Jack Dorsey had decided to auction off as an NFT.

Many had described the operation as an investment for the future. Estavi had paid nearly $3 million to become the digital owner of the first ever tweet.

The proceeds of the sale were donated by Dorsey himself to African charities through a dedicated organization, GiveDirectly.

Perhaps this could also be a consolation for the Iranian buyer who a few days ago tried to put the NFT up for sale again, but with very little luck.

The incredible thing is that the owner of the NFT had put it up for sale on OpenSea at a base auction price of 48 million dollars, perhaps thinking of exploiting the emotional wave of the news of Elon Musk’s entry into the share capital and his subsequent bid to acquire control.

In short, this is perhaps the first real failure of a market that in 2021 had a portentous growth, as shown also by recent reports.

Trading volume exceeded the value of more than $24 billion, according to data from specialist firm DappRadar.

But there are many instances of million-dollar NFT sales, starting with records such as Beeple’s famous collage “the first 500 days”, which sold for $69.3 million at a Christie’s auction.

Prospects for the sector

But the question that arises spontaneously after seeing the resounding flop in the resale of the NFT of Dorsey’s tweet is whether this growth will be able to consolidate and hold up over time, or whether it will turn out to be a flash in the pan or the umpteenth technological bubble in history.

The fact that the two most famous auction houses in the world, Sotheby’s and Christie’s, have also entered the market should be a guarantee that at least in the art and collectibles sector there could be a lasting market.

“I don’t think NFTs will totally replace real works of art, but we need to get into a different perspective,” he continued, “A somewhat similar process is taking place to what we experienced when photography emerged as a new media and when, later, it was recognized as an art form. We are living in a crossover phase, in which there is contemporary art, within which artists who only operate in the virtual world must also be taken into account”.

On the other hand, the NFT market is mainly made up of people under 40 who are very familiar with the new innovations brought about by this technology that is revolutionizing many sectors, such as the world of art, sports and gaming in particular.

Its potential as an investment is still difficult to understand, as it is still a world partly to be discovered and explored.

The digital possession of an asset or a work of art is still a new concept and not easy to explain, and the mechanisms to make it a long-term investment, like a work of art or a real collector’s item, are still to be understood.

The post Is the NFT market in crisis? appeared first on cryptodailynews24.com.