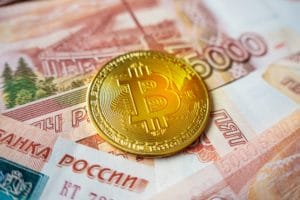 Russia wants to legalize crypto but not stablecoins

Russia has enacted a bill to authorize the use and trading of crypto, with an unexpected ban on stablecoins.

The first steps towards crypto and stablecoins

Russia’s first steps towards crypto, with an unexpected ban on stablecoins

While Ukraine has been lining its pockets with crypto funds for food, ammunition, clothing and medicine, Moscow has been able to stem international sanctions and initiate new commercial transactions in Bitcoin with some African countries.

A month ago, the Kremlin’s deputy energy minister, Evgeny Grabchak, expressed the view that it would be appropriate to make Bitcoin mining legal in Mother Russia.

The ability to mine Bitcoin offers a significant strategic advantage to such a large country already rich in raw materials, especially after China’s ban on this type of practice.

Crypto is about to be made legal but with caveats

A draft of a new law aimed at regulating cryptocurrency recently reached the desk of Kommersant, which wasted no time in spreading the news.

According to the Russian news agency, the Russian Ministry of Finance has in fact drafted a bill not only to authorize the use of digital currencies, the cryptographic system and the mining of Bitcoin, but also to indicate the thresholds of access to the figures of investors and traders (rumoured to be 30/100 million for the latter) and finally placed an unexpected ban on stablecoins.

This last restriction highlights even more the careful analysis that they put in place in Russia on the subject, preferring to investigate the instrument before making it usable.

In his recent article on crypto legalization he commented:

“According to the bill, the digital currency can be accepted ‘as a means of payment that is not the monetary unit of the Russian Federation’, as well as an investment, while there must be no obligated entity in relation to it”.

Essentially setting the tone for the grand opening but for the time being blocking stablecoins unless further development takes place in the future (Tether, Luna etc.).

Russia could therefore become a very interesting hub for the circulation of Bitcoin within its territory and around the world.

In recent weeks, the Russian President had issued a dictate that Russian gas, which supplies a huge amount of gas to European countries – 40% of Italy’s needs, more than 50% of Germany’s needs, etc. – should be paid for exclusively in roubles.

The news shocked the markets, which would have helped a foreign currency to establish itself in international trade at the expense of the dollar and would have functioned as an operation to contain economic sanctions against Moscow.

Within days, Putin corrected this by declaring that the process would be gradual and only for countries deemed hostile on a list drawn up by the country.

The latest installment in the “Russian Gas” series was the real bombshell, as the Kremlin arranged for gas to be paid for in Bitcoin, setting up the largest commercial operation in Bitcoin in recent history.

There is definitely a crypto appetite in Russia and the phenomenon does not appear to be a temporary bubble, we will be on the lookout for any further steps in the case.

The post Russia wants to legalize crypto but not stablecoins appeared first on cryptodailynews24.com.