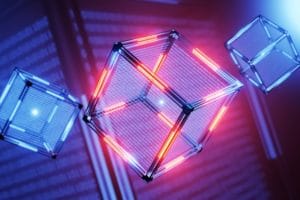 Blockchain, the differences between hard fork, soft fork and sidechain

When speaking of hard forks, soft forks or sidechains, we generally refer to forks in the chain that are in some ways similar, but in reality quite different.

A fork, or bifurcation, occurs when a chain splits. Blockchains are in fact chains of blocks chained together, i.e. each linked to the previous and the next.

Sometimes, for various reasons, it can happen that a block has two different successive blocks that are not connected to each other. From each of these two blocks a fork in the chain actually starts, if they have successive blocks linked to them.

Forks are not always intentional. It occasionally happens that two miners manage to mine two different blocks almost simultaneously, but using the same usual protocol. In such cases one of the two blocks is usually ignored, with the one with the most successive blocks being chosen as the correct one.

In some cases, forks are deliberate, due to changes in the protocol. There are two types of fork, hard and soft.

Soft forks generally do not actually produce forks, because they are simply the result of protocol updates that make the new blocks compatible with the previous protocol.

So when a soft fork is carried out, from a certain point onwards, blocks are simply mined, or created, using a new additional protocol, but those who wish to continue using tools based on the old protocol can continue to do so. They simply cannot use the new features introduced in the new protocol.

In such cases no fork in the chain is created, but they are still called forks, albeit soft ones, because the protocol with which the new blocks are created actually differs from that with which the previous blocks were created.

The situation is different when the blocks produced with the new protocol are not compatible with the old protocol. In such cases we speak of a hard fork. Those who do not wish to use tools updated to the new protocol, will not be able to access the new blocks created with it.

When a hard fork occurs, there may or may not be a fork in the chain.

In the case of a hard fork, the fork occurs if someone continues to mine or create blocks using the old, outdated protocol. Since these blocks would be incompatible with the new protocol, two blockchains would in fact be created, one that is a continuation of the previous one without a change in protocol, while the other would still be a continuation of the old chain but with the new protocol.

Sidechains, meanwhile, are something else entirely.

These are independent blockchains, but are connected to another main blockchain (the mainnet) via a two-way peg. That is, they allow the direct exchange of tokens between the primary mainnet blockchain and the secondary sidechain blockchain, in both directions.

So they are not forks of a blockchain, but new blockchains that arise at some point from a main blockchain.

One of the most widely used sidechains is Polygon, which allows transactions in Ethereum tokens to be carried out more quickly and, above all, cheaply. It is possible to change Ethereum tokens into the corresponding tokens on Polygon in an immediate, direct and permissionless way.

Once changed, the new tokens can be used on Polygon‘s fast and cheap sidechain, and then exchanged at any time into the original tokens.

Polygon is based on PoS, while Ethereum is still based on PoW, which is why it is faster and cheaper.

Ethereum is a perfect example of the differences between hard fork, soft fork and sidechain, because throughout its history it has performed many soft forks, it has also performed several hard forks without forking the chain.

Moreover, it has one of the most famous chain-splitting hard forks in the crypto landscape to its credit, besides the 2017 Bitcoin Cash (BCH) fork from Bitcoin (BTC), and it already takes full advantage of the power of sidechains.

The post Blockchain, the differences between hard fork, soft fork and sidechain appeared first on cryptodailynews24.com.