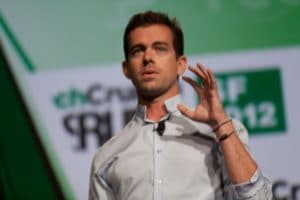 The auction for the resale of Jack Dorsey’s NFT has failed dramatically. The highest bid price was 99.5% lower than the purchase price.

Sale of the NFT of Jack Dorsey’s first tweet fails

A few days ago, the CEO of Bridge Oracle, Sina Estavi, decided to auction the NFT of the first tweet ever published.

Check out my NFT listing on OpenSea! https://t.co/cnv5rtAEBQ via @opensea

Estavi bought this tweet about a year ago for the incredible sum of $2.9 million.

Last week he tried to resell it with an auction base set at $48 million, thinking to take advantage of Twitter’sg reat moment after Elon Musk bought 9% of the shares.

However, the auction did not go as planned, and the bids were much lower. So the sale did not take place.

The $2.9 million paid out by Sina Estavi last year went to the GiveDirectly Africa fund, and this time too the aim was to raise money for charity.

The reasons for the failure

It may be that the auction failed in part due to excessive ambitions regarding the sale price, especially since it seems that at the moment there are no people willing to shell out huge sums of money to buy an NFT.

Moreover, Jack Dorsey was certainly a very reliable seller, so much so that it was fairly certain that he would really donate the proceeds to charity, whereas in this respect Estavi probably offers fewer guarantees.

It is also worth noting that the NFT market has been declining lately. This is by no means the bursting of a bubble, as many claim, but daily trading volumes have dropped significantly.

For example, last month volumes were 70% lower than at the peak, although it is worth noting that the peak turned out to be very high indeed.

What will Sina Estavi do?

At this time, the NFT is still owned by the OpenSea account sinaestavi, and was transferred to this account nine days ago.

It was previously owned by the 925ED2 account, most likely owned by Sina Estavi himself, who currently owns over 41,000 NFTs.

The previous sale was on Valuables, where it was reportedly purchased on March 22, 2021, by sinaEstavi for 1,630 ETH, after a long battle with Tron founder Justin Sun.

Estavi recently stated that although the auction ended unsuccessfully, if he receives a good offer he could still sell the NFT. It remains to be seen whether anyone will offer much more than the current 4.2 ETH, moving closer to the 1,630 ETH that was spent a year ago.