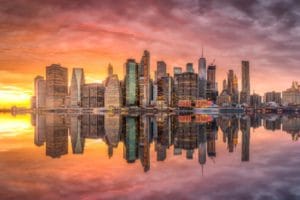 The story of Edo Bertoglio

After graduating in directing and editing from the Conservatoire Libre du Cinema Francais in Paris, Bertoglio moved first to London and then in 1976 to New York, where he stayed for fourteen years.

During that period he worked as a photographer with Andy Warhol‘s Interview magazine and decided to document the artistic and musical lives of the characters of the New York Downtown scene of the 1970s and 1980s, including Jean-Michel Basquiat, Deborah Harry and John Lurie.

In the same years, he became engaged to Maripol, a famous fashion designer who co-produced Downtown 81 with Glenn O’Brien.

Bergoglio then decided to return to Lugano in 1990 and today continues his work as a photographer and documentary director.

Edo Bertoglio sells his first NFT which represents one of his iconic works, the portrait of Jean-Michele Basquiat

Bertoglio has decided to launch his first NFT on the most important marketplace of the moment – SuperRare.

His first non-fungible token will be one of his most iconic photographs, a unique edition of a portrait of the renowned American artist Jean-Michele Basquiat.

This will be the first photo involved in the project: Bertoglio in fact has big plans and the idea is to create several NFTs spanning much of his past production.

The artist, working as a personal photographer for Andy Warhol’s interview, documenting the artistic and musical lives of figures at the centre of the scene in the 1970s and 1980s, such as Jean-Michel Basquiat, Deborah Harry and John Lurie, indirectly helped to shape a piece of New York history during the city’s artistic and cultural heyday.

His photographs can therefore be said to represent an indelible piece of history, topical moments of American artistic life imprinted on film.

The result of the relationship between Edo and Basquiat can also be seen in the film Downtown 81, which shows a typical day of the young artist, unknown at the time, and offers an insight into the vibrant art and music community of the then downtown New York scene.