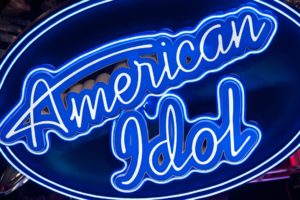 The American TV talent show, American Idol cannot resist the allure of Non-Fungible Tokens and, to celebrate its 20th season, has announced that it is launching a series of NFT trading cards powered by Theta Network.

In practice, fans who purchase an “American Idol NFT Card Pack” for $99 will receive an NFT card of a random Top 14 contestant. As contestants are eliminated from the competition over the following five weeks, collectors who own the matching NFT number will earn unique prizes.

A raffle of sorts, which will see collectors holding the winner’s NFT rewarded with an exclusive “Ticket to Hollywood”, which can be redeemed for a physical ticket to Hollywood shipped to their home.

To celebrate our new partnership with @AmericanIdol, 50 Bronze VIPs have been temporarily bumped up to Silver VIP status!

The new partnership between ThetaDrop and American Idol offers fans the chance to follow the talent show and earn through the NFTs they purchase. Here’s how the reward weeks are divided.

During the first week, Monday, 25 April, collectors with an NFT from just one of the remaining contestants will win an American Idol 20th Anniversary Animated Logo NFT.

On that note, Mitch Liu, CEO and co-founder of Theta Labs said:

“When you’re collaborating with internationally-renowned entertainment brands, it doesn’t get much bigger than American Idol,” says Mitch Liu, CEO and Co-founder of Theta Labs. “With our Theta-powered real time predictive NFTs, fans will be able to go beyond voting for the contestants and become a judge themselves – celebrating with their favorites and collecting rewards as they move through each qualifying round to the finals”.

According to Nansen’s latest report, the performance of the Non-Fungible Token (NFT) market has been outperforming that of cryptocurrencies since the start of the year.

In practice, since the beginning of the year, after a marked decline in February 2022, the NFT market has decisively performed a turnaround in the last 30 days, outperforming the crypto market.

The NFT market has returned 103.7% in ETH and 82% in USD. This is probably due to the fact that NFTs are entering more emerging sectors, such as the metaverse, which seems to be the leading one, with a year-to-date return of 129.4%.

In contrast, at the moment, the index for land and real estate NFTs is declining, while the Avatar and Utility index is rising.