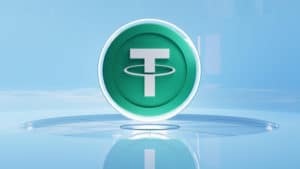 Tether has announced the launch of its USDT stablecoin on the Kusama network. This brings the world’s leading stablecoin into the Polkadot ecosystem.

The goal, among other things, is to enable developers to seamlessly create trustless applications on different blockchains, networks and communities.

Indeed, there is a growing number of projects working on releasing dApps with multi-chain features, for which stablecoins that operate seamlessly on different networks are needed.

To date, USDT is by far the most widely adopted stablecoin in the world, with a market capitalization of more than $83 billion, and trading volumes on crypto markets exceeding those of any other cryptocurrency or token, including BTC and ETH.

Furthermore, since 1 January 2021, Tether has issued 56 billion USDT, which is more than 200% growth in less than a year and a half.

On Kusama, USDT will have asset ID 1984, and will be used to power transactions on the Statemine parachain.

Parachains are individual blockchains that operate in parallel within the Polkadot ecosystem, of which Kusama is one of the networks, with Statemine being the first parachain.

Statemine is designed to be the balance-keeper for thousands of different fungible and non-fungible tokens. It provides the functionality to distribute assets, from tokenized artwork to stablecoins in Kusama networks, with low commission costs.

The addition of USDT to the Kusama ecosystem is crucial, as it effectively provides access to the broad cryptocurrency ecosystem, where USDT is already widely used. This will ensure multi-chain interoperability.

So far, only 500,000 USDT have been issued on Statemine, compared to 41.7 billion on Tron and nearly 40 billion on Ethereum.

Worthy of note is the growth on Solana, where almost 1.9 billion USDT have already been issued, just over a year after launch.

“We’re excited to launch USD₮ on Kusama, offering its community access to the most liquid, stable, and trusted stablecoin in the digital token space. For those who believe in the importance of decentralized, permissionless ecosystems, Kusama is a perfect representation of that ethos. It is a platform built to put the control in the hands of its users and we are looking forward to becoming an essential asset in its growing ecosystem.”