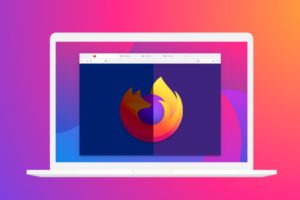 Mozilla reopens donations, but not in Bitcoin

A curious initiative by Mozilla, the foundation behind the Firefox browser, which has decided not to accept Bitcoin for donations, apparently for environmental reasons.

The famous Mozilla Firefox browser reopens crypto donations, but leaving out PoW-type donations, such as Bitcoin and Ethereum

Mozilla, the non-profit foundation behind the famous Firefox browser, has decided to accept crypto donations only in PoS-based cryptocurrencies.

An update to our policy on accepting cryptocurrency donations.

We got it wrong, we heard you, and we've evolved. https://t.co/0bSThVJsCC

At the beginning of this year, there was a strong debate within the community about cryptocurrency donations.

Mozilla has been accepting crypto donations since 2014, and it is therefore very curious that after eight years, concerns have been raised that were previously simply ignored.

Last year, the foundation made a new stringent climate commitment, and as they themselves admit, the problem has arisen ever since the environmental impact of cryptocurrencies became more apparent.

To be fair, over the course of 2021 it became clear that Bitcoin’s environmental impact is almost irrelevant, and that it continues to decrease through the increased use of renewable energy sources, but apparently this is not of interest to their community.

Furthermore, since they decided to stop crypto donations, Bitcoin’s energy consumption has not increased.

“In January, following feedback from staff and supporters, we decided to pause the ability to donate cryptocurrency and announced we would conduct a review. We wanted to increase our understanding of cryptocurrency’s environmental impact, and determine if and when Mozilla should accept cryptocurrency donations”.

While their understanding of this phenomenon probably hasn’t increased enough, they have decided for now to suspend Proof-of-Work based cryptocurrency donations, i.e. those that consume the most energy.

Instead, they have decided to rehabilitate donations in PoS-based cryptocurrencies, which consume less energy.

The real motivation behind this decision

A list of accepted cryptocurrencies will be published by the end of the second quarter of 2022, but the fact that it takes almost three months to compile this list suggests that there may also be other motivations behind the above decision. In fact, the list of PoS-based cryptocurrencies would actually already be available on CoinMarketCap.

It is odd that they include currencies they receive as donations in this calculation, especially since doing so makes it absolutely impossible for them to achieve zero emissions, as even fiat currencies generate a lot of emissions. So the decision to exclude PoW in favour of PoS seems to be nothing more than propaganda.

“In our climate commitments, we also promised to help develop, design, and improve products from a sustainability perspective. We believe that Mozilla can play a positive role in the industry by encouraging those cryptocurrencies that we do accept to be transparent about their energy consumption patterns”.

It is worth noting that other browsers that use or support cryptocurrencies, such as Brave or Opera, do not make any kind of distinction between the various consensus algorithms that are used.

The post Mozilla reopens donations, but not in Bitcoin appeared first on cryptodailynews24.com.