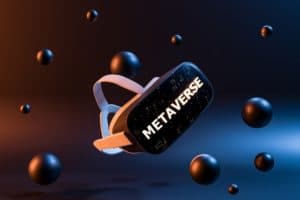 The collaboration between three big names in gaming, Epic Games, SONY and LEGO, aims to create a new metaverse.

Epic Games, SONY and LEGO are creating a metaverse

Epic Games, SONY and LEGO together to develop a new metaverse, a virtual world dedicated to children and families

On Monday, it was reported that SONY had taken a substantial $1 billion step in the direction of the metaverse, an investment in the development and subsequent enhancement of Epic Games‘ revolutionary “Unreal Engine 5” development engine.

SONY is not the only investor. Another billion comes from Kiribi, the company that owns LEGO, among other things. The brick company will play a fundamental role in the operation, because there is obviously a common project.

The creation of a metaverse through the know-how of Sony in video games and the age-old ability of the company of Danish origin to create parallel worlds and entertain (as well as stimulate ingenuity) children from all over the world.

Unreal Engine 5 is already a successful engine used for must-haves like Fortnite or the latest chapter of the critically acclaimed Kingdom Hearts IV, which holds the record for gaming expansion to date.

The new development team is working on the creation of a metaverse for children in which it will be possible to interact, play any game, buy or sell courses, expansions, games themselves or gadgets, all via crypto or virtual credit cards.

Mastercard is entering the metaverse with the aim of creating a transversal tool that can be used in any virtual world.

To this end, the US company has filed trademarks and patents for this possibility with the US Patent and Trademark Office.

A total of 15 applications have been filed, covering both the payment method and the name and logo of the two intersecting circles.

The functions that the project will develop include plans to process virtual cards, deploy entertainment and educational services in the metaverse, and create a marketplace for authenticated digital goods.

About the plan, Epic Games (valued at $31.5 billion) CEO Tim Sweeney said there is a need to:

“Build a digital kingdom by creating spaces where players can have fun with friends, brands can build creative and engaging experiences, and creators can build communities”.

This represents a milestone towards this new metaverse designed specifically for young children.

Among the project’s priorities is to put the well-being of children first, protect their privacy and give parents and children the opportunity to form their own virtual experience in a safe and complete way.

“Lego has captured the attention of children and adults through creative play for nearly a century, and we are thrilled to collaborate in building a space in the metaverse that can be fun, entertaining and designed for children and families”.

Joining the race for the metaverse are, with different projects, the more mainstream Meta and Microsoft with its collaboration with Activision.

Nintendo, which remains a purist in video games due to its corporate policy, is not participating.

Metaverse is also about solidarity. It has just been announced that the latest chapter of Fortnite will donate its profits to help the Ukrainian population, victims of the last great conflict of the millennium.

Among the charities that have contributed are Direct Relief, United Nation Children’s fund Today and the World Food Program.

The post Epic Games with SONY and Lego for a future in the metaverse appeared first on cryptodailynews24.com.