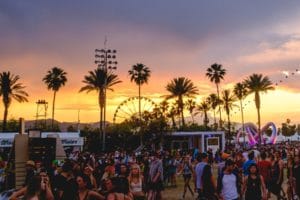 Absolut brings the Coachella festival into the metaverse

Absolut is bringing Coachella into the metaverse. The virtual installation aims to draw attention to the brand’s longstanding sponsorship of the festival, expanding its footprint beyond the event into the wider digital world.

The Coachella festival enters the metaverse thanks to Absolut

Celebrating its tenth year as an official partner of the Coachella §festival, Absolut, the celebrated vodka brand, is creating its own space in the metaverse with Absolut Land, a one-of-a-kind blended activation by a liquor brand at a live event.

By creating this virtual space, the company invites fans of the Coachella festival to join the metaverse to exchange views and create a virtual exchange.

Absolut Land is a space open to anyone over the age of 21 and is the company’s first such experience involving the major music festival.

Coachella takes place annually around the end of April in the United States of America on the grounds of the Empire Polo Club in Indio, California. The festival will take place in two sessions, the first from 14 to 17 April and the second from 22 to 24 April.

“As a brand born to mix, Absolut is centered on bringing the world together through shared experiences and empowering social interaction that unlock a sense of belonging – no matter who you are and where in the world you may be. To reach our consumers everywhere, the metaverse was a natural progression and we’re so excited to introduce Absolut.Land as a space of belonging for all!”

This fact solidifies the Pernod Ricard brand’s long-standing partnership that produces vodka with one of the most important US music and arts festivals.

The virtual installation consists of three floors and is made in the precise likeness of the classic Absolut bottle shape. There will also be a large tent on the company’s stand, in which one will have the feeling of entering the bar in the virtual world and handing out wearable devices to those visiting the metaverse space at home.

In the virtual installation, there will be an outdoor space, The Garden, where fans can see objects that mainly represent the main ingredients used in the company’s products.

There will then be The Museum Gallery, with clear reference to the history of Absolut. There will also be a room called Rainbow Rave where fans can virtually participate in a big party.

The virtual metaverse space will clearly contain not only cocktails, but also virtual games and prizes, linked in any case to the company brand. There will also be a great opportunity to receive a free NFT designed by Susan Alexandra, the famous artist-designer who recently launched her products on the NFT market.

According to the organizers, this event will not only encourage people to show up at the booth, but also have the desire and drive to share this virtual experience on social media.

Speaking about this, Forbus stated:

“How do we get known for being at Coachella? I don’t know how many people even knew Absolut was the official vodka of Coachella… So how do we amplify that partnership and get known for it”.

The post Absolut brings the Coachella festival into the metaverse appeared first on cryptodailynews24.com.