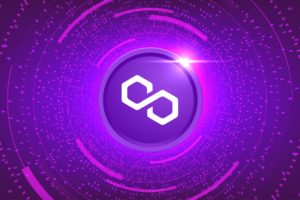 Polygon: the Green Manifesto to become carbon-negative in 2022

Polygon, Ethereum’s Proof-of-Stake scaling solution, has launched the “Green Manifesto: a smart contract with Planet Earth” to commit to becoming carbon-negative in 2022. The ecosystem has also committed $20 million to implement sustainable development strategies.

Polygon and the Green Manifesto: a commitment to go carbon-negative in 2022

Polygon’s investment to become carbon-negative by 2022

Yesterday, Polygon announced its commitment to become carbon-negative in 2022 with the launch of its Green Manifesto.

#Polygon pledges up to $20M to take immediate steps to offset the ecosystem’s environmental footprint entirely.

“Unveiling the Green Manifesto – a smart contract with Planet Earth! Polygon pledges up to $20M to take immediate steps to offset the ecosystem’s environmental footprint entirely”.

The Green Manifesto reveals Polygon’s mission of wanting to become the first blockchain to be climate positive, so that the Web3 ethos of freedom is aimed precisely at the harmful consequences arising from climate change.

In the carbon footprint comparison, in 2021, Polygon is reported to have emitted a total of 90,645 T/CO2e between transaction, checkpointing, hardware, bridging. The $20 million committed to sustainable development will be used to:

Polygon and the first initiatives to become carbon-negative

In addition to its publicly announced commitments, Polygon appears to have already taken some initial steps. A first collaboration sees KlimaDAO, a decentralized collective of environmentalists, developers and entrepreneurs, widely recognized as the highest-profile advocate for facilitating the nascent on-chain carbon market.

Specifically, using the data provided by KlimaDAO, Polygon will be able to calculate and offset the carbon impact of its ecosystem in its entirety, and become carbon negative.

To do this, Polygon will purchase enough high-quality, traceable BCT and MCO2 carbon credits – through KlimaDAO’s on-chain carbon marketplace, Klima Infinity – to offset 90,654 tonnes of carbon.

A new era for carbon: @0xPolygon and @KlimaDAO are catalyzing innovation within the carbon markets.

“A new era for carbon: @0xPolygon and @KlimaDAO are catalyzing innovation within the carbon markets. As a Klima Infinity partner @0xPolygon commits to acquire & retire 90,654 tonnes of $BCT and @MCO2token (~$400K), and hold $KLIMA to become Climate Positive”.

Polygon’s news of wanting to become carbon-neutral first, and then carbon-negative, comes just before Ethereum’s move from Proof-of-Work to Proof-of-Stake. According to estimates, Ethereum’s PoS version could happen by June this year, or by September at the latest.

This would mean that by then, ETH will no longer be a crypto that requires mining to function, solving many environmental problems. Not surprisingly, it is estimated that Ethereum PoS will reduce network energy consumption by almost 99%.

In fact, mining for Bitcoin is seeing a different evolution from Ethereum. In fact, instead of changing protocol, in some countries solutions are being sought to make this activity less polluting. This is the case in Norway, where mining has almost no impact, and in the US, where there is an increasing effort to use clean energy.

The post Polygon: the Green Manifesto to become carbon-negative in 2022 appeared first on cryptodailynews24.com.