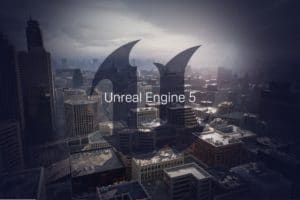 Epic Games’ Unreal Engine 5 is a new graphics engine that will allow tomorrow’s video games to do amazing things that have never been done before.

This revolutionary engine will take the gaming industry to an incredible new level of development that was only unthinkable 10 years ago – the metaverse.

This extraordinary world involves a multitude of players from the gaming, social and tech sectors. In fact, the metaverse will involve everything and everyone in the next few years, effectively replacing social networks, and will be yet another technology/software that will transform our lives.

The metaverse and VR mix to create a parallel world that will be as real as the one that generated us.

In this new world, we will be able to interact with each other through avatars and other means, buy a t-shirt or a Rolls Royce, go to a Billie Eilish concert or simply meet for a meta-beer at the bar, as proposed in recent days by Heineken, which in Milan launched Silver, the meta-beer of the future.

All this obviously requires programmers and technicians in general, and it is precisely these technicians who, following several tranches of funding, have reached the last stage of the new engine that makes Sony gloat.

Unreal Engine 5 is a next-generation development engine created by Epic Games, thanks also to SONY, which has injected another billion in funding for a project on which it is betting heavily.

The engine in question is a very important piece for the American company and will be fundamental for the development of its metaverse, the true harbour where SONY and Epic Games will land.

The CEO of SONY Group Corporation, Kenichiro Yoshida, said that, as an entertainment company, it is happy to invest in Epic Games and intensify its relationship in the metaverse.

The CEO continues by saying that with the power of the game engine and the quality of SONY’s technologies, it will speed up efforts to develop new digital experiences.

However, SONY is not alone in wanting to include Epic Games in its project. In fact, Kiribi, a company that works with LEGO, has also given money for the operation by providing another billion in the same amount as SONY.

The rumours are of a collaboration that promises to be historic involving the brick factory (with a discreet background in the construction of parallel worlds), SONY and Epic Games.

The first great fruit to be plucked from the tree of this interweaving of collaborations will be the latest chapter of a title that is well known to gamers all over the world.

The new chapter of Kingdom Hearts IV will be developed with the Unreal Engine 5 and the critics are already showering it with awards for its graphics, but also for the game’s expansion, playability and ability to interact with the various characters.

In essence, everyone is moving towards the metaverse, but now with one more competitor: Sony-Epic-LEGO, which promises a challenge to the various Meta (Zuckerberg), Apple, Amazon, Microsoft, etc., who will certainly not stand idly by and watch, but rather are ahead of the others in development.

The metaverse of Meta Platform, to name but one, is already a reality despite its limitations, which will obviously be overcome over time.