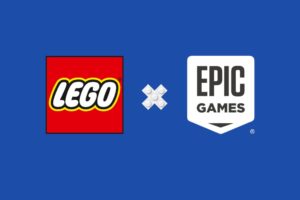 LEGO Group partners with Epic Games to build a place in the metaverse, with new digital and immersive experiences, dedicated to children and families.

LEGO with Epic Games enters the metaverse for children

Epic Games, the American developer and publisher of video games and software, has announced a new collaboration with the LEGO Group to build new immersive, digital experiences dedicated to children.

The idea is to give families access to “safe tools” that offer opportunities for both creators and players.

In this regard, Niels B Christiansen, CEO of The LEGO Group said:

“Children love to play in the digital and physical worlds and move seamlessly between the two. We believe there is huge potential for them to develop lifelong skills such as creativity, collaboration and communication through digital experiences. But we have a responsibility to make them safe, stimulating and beneficial for everyone. Just as we have protected children’s rights to safe physical play for generations, we are committed to doing the same for digital play. We look forward to working with Epic Games to shape this exciting and playful future.”

Specifically, LEGO Group and Epic Games have agreed on three principles upon which the “safety” of digital spaces will be based as follows:

Tim Sweeney, CEO and founder of Epic Games also commented on the announcement:

“The LEGO group has captured the imaginations of children and adults through creative play for nearly a century, and we’re thrilled to join forces to build a space in the metaverse that’s fun, entertaining and made for kids and families.”

Epic Games has direct experience in building creative tools and immersive worlds that are open and accessible to both developers and players around the world. In 2020, it acquired SuperAwesome, a company that pioneered technology designed to provide safe digital engagement with children under 16.

LEGO, on the other hand, is the leading company in defining safe digital play experiences for children. In 2016, LEGO launched the first fully live moderated social app for children.

Games and metaverse: the case of Amazon

The e-commerce, cloud computing, digital streaming and artificial intelligence giant, Amazon, has also immersed itself in the games and metaverse sector.

This is a first experience for Amazon in the virtual world of the metaverse, which should provide new momentum for its Amazon Web Service.