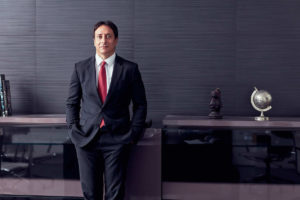 Interview with Pasquale Sorgentone and the new Future Value app

The editorial staff of cryptodailynews24.com returned to interview Pasquale Sorgentone, entrepreneur in the digital transformation, web3 and Blockchain fields, after the interview on his book “The Future of Value”, which had excellent feedback in terms of sales and reviews.

In this new interview he talks about the evolutions of the Blockchain, Cryptoasset and Web3 world and, above all, of the new Future Value web app, which aims to become the “1-stop Application” for enthusiasts of the crypto world.

First of all, how do you see the evolution of the world of Blockchain and Cryptoassets?

Very good. The world of cryptoassets is now “cleared of customs’”: even those who previously denigrated them strongly now appreciate them. The great bogeyman of regulation will not be so difficult to overcome. All over the world (with a few exceptions) the path of full regulation has begun. From time to time the false problem of energy consumption arises, but I believe that, data in hand, it is quite simple to take it apart.

Furthermore, an additional boost to mass adoption will be given, paradoxically, by the introduction of CBDCs (Central Banks Digital Currencies), because they will complete the path of full digitization of money. It must also be said that the path for CBDCs is long and uphill, because their implementation has truly remarkable organizational and procedural impacts on the current financial ecosystem.

In my opinion, the biggest obstacle to mass adoption is the scalability and speed of transactions, not yet sufficient for global coverage. It is true that for Bitcoin there is the Lightning Network and that considerable progress has been made for smart contract platforms, but there is still work to be done.

Let’s move on to the Future Value web app, how did the idea come about?

Friends have always asked me for advice on which crypto to follow or what I thought about a specific project. These questions multiplied after the publication of the book “The Future of Value”.

Often, the cryptocurrencies that were mentioned to me seemed not exactly solid, but more driven by a media hype. Another thing that surprised me is that the enthusiast often spends a lot of time analyzing price charts and speculating about possible price rises and falls, rather than studying the white paper and understanding what real problem the crypto solves. I noticed that too much thought was given to price movements, but little to the objectives, structure and solidity of the project, which, in the long run, are what really matter.

And how can the analysis of a Cryptoasset be done?

With an objective, quantitative and scientific approach. Our analysis uses artificial intelligence algorithms that collect and process information taken from multiple data sources. The model used is included in an international patent pending.

Future Value calculates a value for each cryptoasset (the FV Score) which provides a synthetic evaluation. This evaluation takes into account over 30 parameters. It sounds like an easy job, but it took over 8 months of work and over 32,000 lines of programming code.

The FV Score is a synthesis of 3 macro-parameters:

The 3 macro-parameters are in turn divided into a series of sub-parameters, individually analyzed.

The FV Score varies over time, as the artificial intelligence algorithms learn (the so-called machine learning) and the ranking of the cryptoassets varies accordingly.

However, despite all the work we have done, we are well aware that we do not possess the truth or we are infallible. Our main goal is to give the user the tools to evaluate the goodness of an initiative as a whole and not follow the FOMO (Fear Of Missing Out) or the advice of improvised experts. For us it is important to encourage the user to learn and make decisions based on objective data.

I have seen that the ratings depend on the type of risk that the user chooses. What does it mean?

As previously mentioned, Future Value calculates a value for each cryptoasset (the FV Score) which provides a synthetic evaluation and defines a ranking of the cryptoassets.

In addition there are the risk profiles.

The ranking of cryptoassets varies according to the chosen risk profile.

Clearly the information published on Future Value is for educational and training purposes only and does not represent financial advice or solicitations to save.

How many cryptoassets have been analyzed?

Does Future Value also allow the purchase of crypto?

It does not allow direct purchase but reports the Exchanges on which it is possible to buy the cryptoasset, dividing them according to which currency can be used for the purchase: Euro, USD, Bitcoin, Stablecoin.

Furthermore, the exchanges that have the lowest purchase prices at that time are shown first.

What other features does Future Value contain?

It contains several other features. For example, if the user owns cryptoassets, he can insert them in the Wallet, together with the price and date of purchase, thus monitoring the trend over time. Furthermore, for each cryptoasset included in the portfolio, the main upcoming events concerning it are reported.

Similar to the Wallet is the Wish List, which allows the user to keep a cryptoasset under observation before buying it.

Another very popular feature is the Comparator, which, as the name implies, compares different cryptoassets.

What are the main difficulties you encountered in developing this App?

Surely the most complex part of the modeling process, that is the definition of the various analysis parameters and the method of calculating the FV Score. The comparison methodology of very different cryptoassets in terms of use cases has also been refined several times.

Why did you create a web app and not a native app on the iOS and Android stores?

Because the web app is easily usable both with a PC and with a mobile device. In addition, the Blockchain and cryptoassets are the foundations of the web3, namely the decentralization. And native app stores are a little bit the polar opposite of web3 decentralization.

Is there a product roadmap?

Yes, sure. Every morning we have a stand-up meeting with the team to design new features and improve user usability. We have in the roadmap features related to NFTs and gamification. Accordingly to the Agile methodology, we release new features almost daily.

What languages is Future Value available in?

Italian and English. Initially it was English only, but in the end we included our mother tongue too.

There are 3 ways of use:

What about your book “The Future of Value”?

I am writing the third version of the book, which, in addition to being available in the usual paper format, can also be accessed directly within Future Value.

I don’t foresee it at the moment. We will try to involve the community through sharing and gamification tools, which we will release directly into Future Value. This is because on YouTube and Telegram there is certainly valuable content, but there is also a lot of “noise”.

What else are you working on?

I am building together with several other partners a Blockchain and web3 ecosystem called (not very originally) Future Value, of which the web app is only a first piece.

This ecosystem will include solutions developed on Blockchain and whose business model capitalizes on the opportunities made available by the web3. These solutions cover various functional areas over the financial industries services, fashion and public administration industries.

The ecosystem starts from Italy and extends to the United States and Brazil. We will officially present it in Rome at the end of May. Maybe it will be an opportunity to meet and talk again.

The post Interview with Pasquale Sorgentone and the new Future Value app appeared first on cryptodailynews24.com.