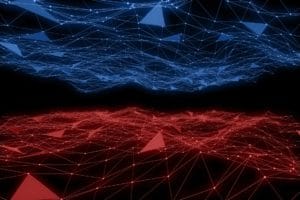 Boba Network is a layer 2 of the Ethereum blockchain that aims to provide security, lower gas fees and faster transactions.

What is Boba Network

Boba Network raise $45 million in a Series A funding

Boba Network, enables the scaling and augmentation of Ethereum Layer-2. It complements the Optimistic rollup technology and provides new features such as switch-based onramp, fast exit, cross-chain bridging and others.

Boba Network has just raised $45 million in a single tranche of Series A funding from a number of major investors. The tranche boasts participation from Dreamers VC (Will Smith, Keisuke Honda), M13 (Paris Hilton and her husband Carter Reum), as well as industry backers Quantstamp, Origin Protocol, The Graph, Crypto.com and many others.

The goal of the network is to allow DeFi and NFT dApps to be used on Ethereum, especially those mini-transactions in games that to date were too expensive to be done on Ethereum.

Boba can be much faster and more functional on L2 and improve transaction costs while maintaining the security that Vitalik’s behemoth can provide.

What the Network offers

Thanks to the Optimistic Rollup technology, which is also used by Optimism and which Boba integrates, it allows a series of advantages.

In a world that is increasingly struggling for energy resources, the price of key raw materials such as gas has skyrocketed and it is precisely to reduce the price of gas and overcome the price impasse that Boba effectively intervenes.

Another benefit, and probably the most important to the usability of the NFT world, is that it is now possible to create, move and sell Non-Fungible Tokens between L1 and L2 as seamlessly and intuitively as within L2, making GameFi much more convenient than it used to be.

Users can now transfer capital in and out of the network in a matter of minutes, whereas in the past this would have taken hours in some cases.

These advantages are compounded by the ability to run extremely complex computing algorithms quickly and easily and to execute code on web-scale infrastructure such as AWS Lambda.

Finally, security is and remains the flagship of this network, thanks to Optimistic Rollup, which provides high security, the same as Ethereum.

Boba’s token is now trading at €1.72, up 28% from the previous session following the excellent news at the beginning of this article, and is putting in a series of extraordinary performances that are placing the token in the sights.

Not only are the highs within Boba’s reach at €7.00, but some analysts are pushing the envelope, suggesting that highs of €40.00 or €50.00 are possible within the year.

Boba Network, which has a market capitalization of €274 million, has recorded a positive change of 37% in the last week and is projecting itself towards a historic future of success that was hitherto unhoped for.

The investments of this group of investors have rekindled the fantasies of investors who now see a solid and concrete project, indeed a revolutionary one that will be a leader in the sector, with substantial returns expected within the current year.