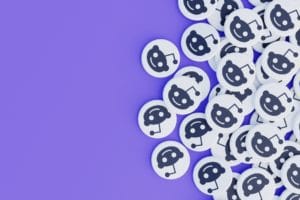 Reddit has begun integrating NFTs issued on the Ethereum blockchain. It is now possible to purchase an NFT to use as a profile image

Reddit’s NFTs as a profile picture: a piece of history

This is very similar to Twitter’s initiative to use a unique NFT registered on the Ethereum blockchain as a profile picture.

On OpenSea, four NFTs from the “Reddit CryptoSnoos” collection have been put up for sale and can be used as avatars within the Reddit platform.

They were actually sold several months ago, but the news has only just begun to spread.

At nft.reddit.com, they explain that CryptoSnoos are highly collectible NFTs “ready to take off” that would allow you “to own a piece of Reddit history”.

In addition, an NFT section has been added to the Reddit Avatar Builder where the four NFTs from the CryptoSnoos collection can be found.

The million-dollar sale of just four avatars from the collection

The four avatars of the “CryptoSnoos” NFT collection launched by Reddit

The protagonist of these Reddit NFTs is the alien mascot Snoo reinvented in the context of different moments and movements in art history. CryptoSnoos are described as:

“Fragmented, abstracted, impressionistic, futuristic folk and modern (post and pre), and definitely enlightened (but in an avant-garde, neo-classical contemporary kind of way). Plus, they’re just kind of cute”.

Sales are carried out through the usual auction mechanism on OpenSea.

Interestingly, there are only four NFTs available at the moment, although the initiative was already announced in January.

The Twitter initiative instead, which started several months ago, does not seem to be having much success. To date, there are only 24,000 accounts with an NFT as a profile picture, and they are increasing at a rate of only 173 per day.