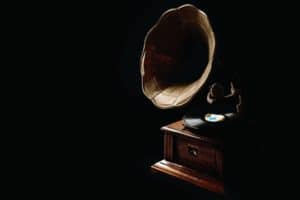 The Grammys enter the metaverse

The world-famous Grammy Awards for music are also entering the metaverse this year thanks to an official partnership with Roblox.

Grammy Week and the metaverse novelty

Roblox is a platform that allows everyone to enjoy immersive 3D experiences created by a global community of developers.

During Grammy Week on Roblox, from March 30 to April 3, you can explore the Las Vegas Strip, collect and purchase exclusive Camilo and Grammy merchandise, walk the red carpet and take photos with friends.

You can even fly your own plane around Las Vegas, collect items and answer Grammy quiz questions for a chance to win an item.

All this within the metaverse.

Between past, present and future

The Grammys were created sixty years ago as an elegant event to celebrate legends such as Frank Sinatra and Dean Martin, but now the world’s top music award show is getting a makeover by entering the metaverse.

Grammy Week will feature a series of preview events that will take place before the awards night and, as previously mentioned, will also take place on Roblox.

The aim of this initiative is to reach a younger audience by experimenting with new ways to engage fans.

The partnership between The Recording Academy and Roblox is official, and it specifically pertains to Grammy Week. The Las Vegas-themed experience on Roblox will be in line with the 64th Grammy Awards, which will be hosted for the first time in the “City of Sin”.

The virtual events organized on Roblox

The encounter between the real and virtual world: the metaverse

Among the various events that will take place on Roblox will be meetings and greetings from the artist avatar, chats, mini-games, prizes and Camilo’s concert.

Camilo, who is nominated this year for Best Latin Pop Album (Mis Manos) will therefore be the first Latin artist to perform on Roblox.

The co-president of The Recording Academy, Panos A. Panay, said:

“We are thrilled to partner with Roblox for our first-ever official GRAMMY Week experience in the Metaverse. We are always looking to innovate and reach music lovers wherever they are, and there is no better partner for us to accomplish this than Roblox. Online gaming platforms are quickly becoming one of the most important music discovery channels for tens of millions of fans. As an Academy, it’s our priority to continue broadening where and how our members connect with audiences around the world. Plus, my 8-year-old twin daughters think this is amazing”.

There will also be fashion items created with Roblox’s new layered clothing technology featured on the Grammys’ red carpet area, and there will be mini-games such as scavenger hunts.

The Recording Academy will present the 2022 Grammys on Sunday, April 3, live from the MGM Grand Garden Arena in Las Vegas on the CBS Television Network and streamed live and on-demand on Paramount+, from 5-8:30 PM PT. The Grammy Awards ceremony will also be broadcast live at live.grammy.com and on the Recording Academy’s YouTube channel.

The post The Grammys enter the metaverse appeared first on cryptodailynews24.com.