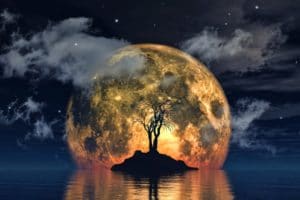 Jeff Koons launches his first NFT project on the Moon

The most curious thing is that Koons’ group of sculptures, before becoming Non-Fungible Tokens, will literally take a trip to the Moon, directly from the Kennedy Space Center.

I am very excited to announce my first-ever NFT project, “Moon Phases” rooted in humanistic and philosophical thought. Space explorations have given us a perspective of our ability to transcend worldly constraints.
Video © Jeff Koons #JeffKoonsMoonPhases #JeffKoons #PaceVerso pic.twitter.com/PBiv8Wbtbb

“I am very excited to announce my first-ever NFT project, “Moon Phases” rooted in humanistic and philosophical thought. Space explorations have given us a perspective of our ability to transcend worldly constraints. Video © Jeff Koons”.

In practice, Koons has predicted that the “Moon Phases” series of works, before becoming NFTs, will take a trip to the moon. And in fact, the sculptures will be transported on a module produced by Intuitive Machines, which will be launched from the Kennedy Space Center later this year.

Speaking about this, Jeff Koons said:

“I wanted to create a historically meaningful NFT project rooted in humanistic and philosophical thought. Our achievements in space represent the limitless potential of humanity. Space explorations have given us a perspective of our ability to transcend worldly constraints. These ideas are central to my NFT project, which can be understood as a continuation and celebration of humanity’s aspirational accomplishments within and beyond our own planet”.

Since the beginning of time, there has always been a close relationship between the crypto world and the concept of the moon and space

“Moon Phases” will be launched on PACE Verso’s NFT Marketplace, as well as on the lunar module, to coincide with the 50th anniversary of the last manned US trip to the moon on the Apollo 17 mission.

A limited number of NFTs will be sold through Pace and the proceeds from one of the first NFT sales will be donated to Médecins Sans Frontières (MSF) in support of the organization’s humanitarian medical aid programmes.

“As a longtime champion of artists’ innovative and boundary-pushing ideas, Pace is thrilled to present Jeff Koons’s first NFT project, which is one of the most ambitious and momentous endeavors the gallery has ever presented. Jeff, who has made an indelible mark on the history of art through his iconic sculptures and paintings, is one of the most significant artists worldwide. This moon-based NFT project, the scale of which aligns with Jeff’s monumental career and impact in the arts, confirms his legacy as one of the world’s greatest creative visionaries”.

Earlier today it was revealed that payment giant VISA is looking for entrepreneurs in the fashion, arts and entertainment industries to get involved in their new NFT-related project.

It is the Visa Creator Program that could help digital artists, musicians, fashion designers and filmmakers build their businesses through Non-Fungible Tokens.

According to VISA, NFTs have become a very interesting part of the business, with an estimated 50 million artists in various genres and a total turnover of $100 billion.

The post Jeff Koons launches his first NFT project on the Moon appeared first on cryptodailynews24.com.