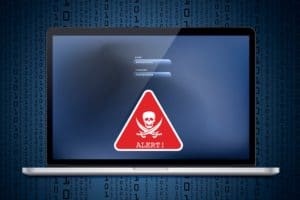 Axie Infinity: the hack is the failure of a sidechain

According to My Digital Money exchange president Guy Gotslak, the recent $625 million hack attack suffered by Axie Infinity was due to Ronin’s failure to create a secure code.

Guy Gotslak is president and co-founder of My Digital Money (MDM), a cryptocurrency trading platform based in Los Angeles. One of the things MDM is known for is CryptoIRA (IRA stands for Individual Retirement Account).

The $625 million hack was carried out on Ronin Network, an Ethereum sidechain used for the Axie Infinity blockchain game.

According to Gotslak, the hack demonstrates how Ronin has failed to create secure code. Axie Infinity is one of the largest, if not the largest, blockchain-based play-to-earn game in the world, which should lead the company to consider player protection a top priority.

But their platform is in fact based on an Ethereum sidechain, and not on the Ethereum blockchain. What gave way was the sidechain, which is clearly not as secure as the underlying blockchain.

“This hack proves just how important sidechains are. As bad as it is for those who got hacked, it also demonstrates how sidechains protect the parent blockchain, and individuals using it get alienated from how others are using it. There is no need to completely open the whole blockchain for a specific purpose“.

So in a way, the sidechains can protect the blockchain by attracting the attentions of hackers, or malicious users, with new experimentation or functionality, while the underlying blockchains can continue undaunted to do their basic work in full security.

Sidechains give more security to L1s

This makes it unnecessary to experiment with changes or variants on layer 1 blockchains, particularly those that are now secure and established, so as not to put them at risk. Experiments and new features can be added with higher layers that cannot endanger the base blockchain, even if they are hacked.

Next steps of one of the most famous gamefi

Gotslak also wonders now what both Axie Infinity and Ronin Network intend to do next.

“Will a fork happen? Will they reverse time and return all the hacked tokens? The majority of Axie Infinity, as far as I know, is in Asia. This was, in fact, the main source of income of many unemployed people during the pandemic. I personally think they were the reason Axie grew to its size. Personally, I believe they deserve to get their coins back and fast”.

$625 million is not a small amount, but the company has already made it known that it intends to reimburse users out of pocket if the stolen funds cannot be recovered.

This is not the first time that a sidechain has been hacked, and even the previous times the underlying blockchain was not breached. However, the loss of tokens is real, i.e. these tokens once stolen, while continuing to exist, are no longer owned by their rightful owners, but by the hackers who stole them.

The post Axie Infinity: the hack is the failure of a sidechain appeared first on cryptodailynews24.com.