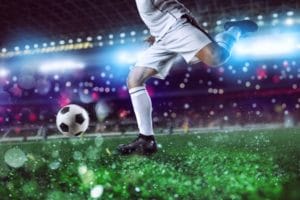 The AS Monaco football club launches its own NFT collection

Football club AS Monaco has signed an agreement with consultancy firm Capital Block to work together on an exciting new NFT project.

AS Monaco ready to enter the NFT world

With great surprise, the Monaco-based multi-sport club has decided to enter this interesting and futuristic dimension called Web 3.0.

The football club, based in Monaco, has announced that it intends to capture the club’s most important and famous moments using precious Non-Fungible Tokens.

This collaboration between AS Monaco and Capital Block aims to further engage the club’s most passionate and loyal fans in a whole new way.

First French Ligue 1 club to sign this type of agreement

AS Monaco is the first club in the French Ligue 1 to sign an agreement with a consultancy dedicated to the development of NFT projects.

As previously mentioned, the partnership will see AS Monaco and Capital Block work together to further engage the club’s passionate fans, developing a new NFT community for the football club and allowing the biggest supporters to own and collect some of the team’s most famous moments.

CEO of Capital Block, Tim Mangnall, commented on the news as follows:

“This is a first for French football since AS Monaco will be the first club to work with an NFT consultancy, which will enable the Monegasque to acquire an inside knowledge of the NFT market and thus create a successful and sustainable offering”.

The importance of Capital Block

Capital Block is the only sports and entertainment NFT consulting firm that helps clubs use Non-Fungible Tokens as a tool to improve and expand fan engagement.

The company says there are several ways in which AS Monaco could use NFTs to further engage with its supporters. NFTs are often the key to exclusive merchandising and experiences that are not accessible in any other way, creating a new concept of rarity and purchasing power.

Statements from the CEOs

“We are pleased with this partnership with Capital Block, which will allow AS Monaco to strengthen its positioning in the field of digital innovation and improve the possibilities for fans to connect with the club. Every day that passes confirms the growing appeal of NFTs. Capital Block’s expertise will enable us to better understand this universe, to grasp the issues related to it and to define a solid and sustainable strategy”.

The post The AS Monaco football club launches its own NFT collection appeared first on cryptodailynews24.com.