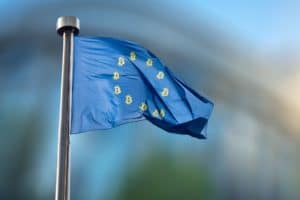 The European Parliament’s committees and the vote on crypto regulation

Yesterday, 30 March, the final text of the regulation on the transfer of funds (TFR) was distributed to MEPs from the ECON (Economic and Monetary Affairs Committee) and LIBE (Committee on Civil Liberties, Justice and Home Affairs) committees of the European Parliament. The text will be voted on today, Thursday 31 March 2022.

The intentions are noble, with this system, Europe aims to safeguard payment systems by preventing fraud and the use of Blockchain for terrorist and anti-money laundering purposes. TFR has been in use since 2015 but now there is the intention to extend it to crypto. The Financial Action Task Force (FATF) points out that this will make the flow of capital clearer.

However, this system risks stifling technological innovation, undermines self-hosted wallets aimed at consumer safety and would reduce the continent’s ability to attract capital at the expense of a competitive advantage.

There are always consequences

With blockchain and home addresses, criminals could see exactly how many virtual currencies you have and choose whether to attack you virtually, through hacking, phishing etc, or physically, through robbery, kidnapping and extortion. This is how the TFR will make EU citizens less secure. The consequences of approving the TFR would be very serious and of various kinds.

The first consequence of a positive vote would be a reduction in financial freedom.

Citizens using the blockchain are safe, protected by a system that makes them free and protects their virtual wallets, thus also compromising security.

Another aspect that would be undermined would be the weakening of financial inclusion. Savers and investors from disadvantaged countries would be discriminated against as recognized by the FATF.

The European Union would be put at a huge disadvantage compared to the United States, Asia and other emerging countries, limiting the possibilities of the blockchain industry on the

Finally, if the law were to pass it would also reduce the effectiveness of law enforcement agencies who would benefit from the attribution data obtained when suspects merge with regulated CASPs.

To avoid all this, committee MPs will have to vote against the D and E compromise of the TFR.

A few days ago the European Parliament voted on whether or not to ban Proof of Work (PoW). Fortunately for the crypto world, the MEPs voted against it, but things could be different now.

It is important for Europe to control the flow of capital and data in circulation.

This aspect has grown considerably more intense in the wake of the war crisis in the East, and so approval is feared that would severely restrict the use of crypto in Europe and place it in the dark ages of history.

The objectives of the establishment are not only to control and dominate flows, but above all to fight crime and money laundering.

The fear that Bitcoin transactions are a way of cleaning up the proceeds of mafias and various crimes is legitimate, but how much are we talking about?

To date, the amount of value involved in this form of crime in the crypto world is 0.5%, a laughably small percentage.

It is worth noting that, according to the Chainalysis annual report, FIAT currencies are 232 times more used than cryptocurrencies for crimes of this kind.