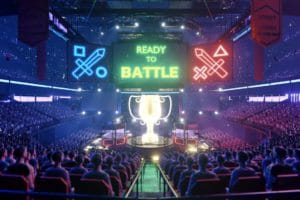 Coca-Cola, thanks to its collaboration with Riot Games, has become a founding partner of League of Legends: Wild Rift and Wild Rift Esports, the two fast-growing mobile gaming franchises.

This is an innovative, multi-year partnership with Riot Games that gives Coca-Cola the opportunity to make connections with players and fans in a meaningful way. The first execution of the partnership can be seen in a recent Coca-Cola digital campaign, titled “It Must Be Real”, featuring scenes from Wild Rift Esports.

“We know that mobile gaming is a critical part of the future of gaming and we are excited to be working with the leader at the intersection of sports and entertainment, Riot Games. Coca-Cola was an early partner with League of Legends Esports and we know firsthand the power of gaming to unite people from all over the world in competition and fandom. Coca-Cola serves as an ally to gamers – uplifting and refreshing both players and fans”.

Specifically, Coca-Cola will also focus on creating value for the community through access to personalized rewards and experiences, including a weekly content series co-created with Wild Rift to uplift, entertain and support fans.

Coca-Cola with Riot Games to create opportunities for gamers

Wild Rift Esports, with Riot Games and Coca-Cola as a founding partner, has already launched its first official competitive season for 2022, in which all participating teams will compete in official tournaments to qualify for the first international tournament, the Wild Rift Icons Global Championship, which will take place this summer.

But Coca-Cola is not the first time it has collaborated with Riot Games. Back in 2014-2016, the global beverage brand partnered with League of Legends for its World Championship, creating custom viewing experiences with highly coveted collectible merchandise in multiple countries through film partnerships.

“Coca-Cola helped launch what is now the biggest esports on the planet, League of Legends Esports, so I’m thrilled that they see the future in Wild Rift Esports as well. This partnership will span across more than 100 countries, including the eight regional leagues that serve as the foundation for our sport”.

From gaming to launching the first NFTs on OpenSea

In addition to gaming, Coca-Cola has also entered the world of Non-Fungible Tokens. Last summer, the brand created and auctioned its first NFTs on OpenSea on International Friendship Day on 30 July.

An example of Coca-Cola’s NFT collection

On that occasion, Coca-Cola said that the proceeds of the sale would be donated to Special Olympics International, a friend and partner of Coca-Cola for more than 50 years.

Not surprisingly, Coca-Cola’s signature NFTs were inspired by shared moments of friendship, created in collaboration with developer Tafi, a leading creator of custom 3D content for avatars and emoji systems.