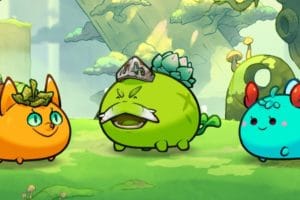 The sensational cryptographic hack targeted a blockchain network that supports popular GameFi Axie Infinity. The hackers escaped with around $625 million worth of Ethereum and USDC.

The recent hack of the popular DeFi game Axie Infinity may be considered one of the largest cryptocurrency thefts in the history of cryptocurrencies, and certainly the largest against decentralized finance.

According to initial findings from the ongoing investigation, the hacker used hacked private keys to forge withdrawals from the Ronin Bridge, stealing 173,600 ETH and $25.5 million in USDC.

The hackers breached the cybersecurity of the Ronin Network, the independent Ethereum blockchain developed in-house by the publishers of the hugely successful and popular video game Axie Infinity.

According to a post on Ronin Network’s official blog, the attack specifically targeted the network validation nodes for Sky Mavis, the publishers of Axie Infinity and Axie DAO.

The lengthy statement on the company blog reads:

“The Ronin bridge has been exploited for 173,600 Ethereum and 25.5M USDC. The Ronin bridge and Katana Dex have been halted. We are working with law enforcement officials, forensic cryptographers, and our investors to make sure all funds are recovered or reimbursed. All of the AXS, RON, and SLP on Ronin are safe right now”.

Axie Infinity co-founder Jeff Zirlin was at an NFT conference in Los Angeles. While on stage, Zirlin said:

“We realized that the Ronin network has been exploited for 173,000 Ethereum and about $25 million in USDC”.

With the hope of someone who really believes this, he then added:

“This is one of the biggest hacks in history. We believe in a future of an Internet that is open and owned by users”.

Last year, an anonymous group of hackers managed to steal around $600 million in cryptocurrency from Poly Network, in what was dubbed as the biggest theft in cryptocurrency history. After a short time, more than half of the loot was returned.

In the whole of 2021, according to analyst firm Chainalyisis, crypto scams would have yielded something like $14 billion. This exponential growth, according to the analyst firm’s experts, is largely due to the growth of decentralized finance platforms, whose volumes grew by 912% year-on-year.

“DeFi is one of the most exciting areas of the wider cryptocurrency ecosystem, offering huge opportunities for both entrepreneurs and cryptocurrency users”.

In detail, cryptocurrency theft increased by 516% over what was recorded in 2020, equating to approximately $3.2 billion in cryptocurrency. Of this total, 72% of the stolen funds were taken from DeFi protocols.