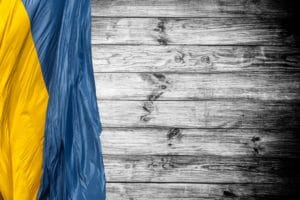 Ukraine’s Minister of Digital Transformation, Mykhailo Fedorov, has confirmed the launch of the NFT Museum, called the Meta History Museum of War: a timeline of war in which events are represented by Non-Fungible Tokens.

The sale of NFTs, available from 30 March 2022, will be used for the Ukrainian government to raise funds to help the population affected by Russian attacks.

On Friday, the Minister of Digital Transformation of Ukraine, Mykhailo Fedorov posted his announcement directly on the social network of crypto-lovers, Twitter.

While Russia uses tanks to destroy Ukraine, we rely on revolutionary blockchain tech. @Meta_History_UA NFT-Museum is launched. The place to keep the memory of war. And the place to celebrate the Ukrainian identity and freedom. Check here: https://t.co/IrNV0w54tg

“While Russia uses tanks to destroy Ukraine, we rely on revolutionary blockchain tech. @Meta_History_UA NFT-Museum is launched. The place to keep the memory of war. And the place to celebrate the Ukrainian identity and freedom”.

This is the launch of Meta History Museum of War, the NFT Museum represented by a timeline of war, in which all events are represented by Non-Fungible Tokens.

The sale of the new NFT collection will be available from 30 March 2022. At the moment, users are asked if they want to make direct donations.

Not just art and gaming: the potential of NFTs exploited for a common purpose

Ukraine: NFT Museum to “preserve the memory of war”

As specified by Fedorov, the purpose of the new NFT collection is to raise funds to help the Ukrainian population, which has been affected by Russian attacks for a whole month, but also to “preserve the memory of war”.

In this regard, the official website describes the mission as follows:

“To preserve the memory of the real events of that time, to spread truthful information among the digital community in the world and to collect donations for the support of Ukraine.

100% of funds from the sale will go directly to the official crypto-accounts of the Ministry of Digital Transformation of Ukraine to support army and civilians”.

Each NFT represents one news item from each key event in the war and an illustration by an artist. To access it, simply log in with your wallet and wait for another day.

War and crypto: the role of NFTs

The newly announced collection is a confirmation of what Fedorov had already anticipated in mid-March, a fortnight ago.

Even then, it was anticipated that each token would be linked to a work of art representing a war story, taken from reliable sources.

In anticipation of the NFT sale, the site calls attention to donations. In this regard, Mike Novogratz also defended Ukraine against Peter Schiff’s critical remarks about their President, Volodymyr Zelenskyy, stating that he would make a donation to the country at war with Russia for the past 23 days.