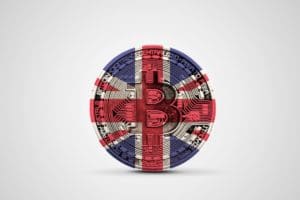 There is speculation that the UK may announce a new legislative framework for the crypto world as early as the next few weeks.

The UK aims for greater financial stability: new regulatory framework for crypto is on the way

In favour of this hypothesis is a revelation by Coinspeaker based on some anonymous internal sources in the Ministry of Finance. It is in fact stated that:

“The UK will announce a new scheme for crypto regulation in the coming weeks, as more countries explore incorporating crypto into finance”.

The UK government is reportedly working on a new regulation designed specifically for the country’s crypto market, specifically focusing on stablecoins.

In reality, little is known about this initiative, as many aspects are still unclear, but Coinspeaker’s anonymous sources claim that the new regulation will likely benefit the cryptocurrency industry.

However, it is worth pointing out that internal sources in the Ministry of Finance are hardly aware of the real expectations of investors and operators in the sector.

What is speculated is that the Ministry is willing to acknowledge the cryptocurrency market for all intents and purposes, and is also discussing it with some crypto companies, including the well-known US exchange Gemini, issuer of the stablecoin Gemini Dollar (GUSD).

The aim of the initiative seems to be to give this market greater legal clarity.

The BoE (Bank of England) has also agreed to create a specific regulatory framework for the crypto market to ensure financial stability, among other things.

Trade-off between decentralization and regulation

A few days ago, the BoE’s deputy governor for Prudential Regulation, Sam Woods, sent a letter to the CEOs of crypto companies stating that the treatment of cryptocurrencies in the long term will differ from the current one.

Woods admits that cryptocurrency technology is interesting and can bring significant technical advantages, but he also says that the risks, especially to the current financial system, should be mitigated.

There are now discussions in different parts of the world about how to frame the crypto market with regulations that mitigate risks, but the crypto market itself is often elusive, especially with decentralized platforms.

Decentralization is at the same time probably the greatest strength of these new technologies, but also the feature that makes them extremely difficult to regulate.

However, it is worth noting that many users rely on centralized intermediaries which are not particularly difficult to regulate.

The post UK: new crypto regulation on the way appeared first on cryptodailynews24.com.