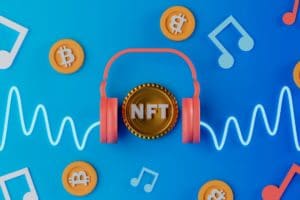 Madonna has joined the world of NFTs and she has done it in style by purchasing a non-fungible token from the famous Bored Ape Yacht Club collection. The singer herself announced this on Instagram and Twitter.

In the announcement, Madonna writes that she has finally entered the metaverse and asks fans how she should rename her monkey, which she bought thanks to the Moonpay platform.

The NFT purchased shows a pink ape with eyeballs all over its fur and an S&M cap.

The NFT also became her profile picture on Twitter, indicating that this was not a random purchase, but something the Queen of Pop clearly believes in for her image.

Celebrities who have bought BYAC NFTs

Madonna is not the only star to have purchased NFTs from the famous Bored Ape Yacht Club collection.

According to Boardroom, sports celebrities such as Mark Cuban and Serena Williams, music and entertainment stars such as Eminem, Paris Hilton, Gwyneth Paltrow, Timbaland and even Justin Bieber own one of these NFTs.

The fact that big names in music and entertainment are buying NFTs is contributing to the strong growth and market penetration of the sector.

Indeed, some stars have become influencers, such as Snoop Dogg, known as Cozimo De’ Medici.

Others have made it a real business, launching their own collection. Such is the case of former first lady Melania Trump.

The success of the Bored Ape Yacht Club

While there are those who continue to argue that NFTs are a passing fad, the fact remains that some collections have not inconsiderable volumes and values, including Bored Ape Yacht Club and CryptoPunks.

Bored Ape is in a period of strong expansion. It recently launched its token, ApeCoin, and is in the process of launching its metaverse, Otherside.

A sign that this collection is going well beyond NFTs and becoming a true ecosystem.