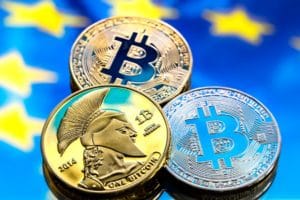 A new cloud is gathering over the cryptocurrency sector in the European Union (EU), with a crypto regulation that this time could affect wallets.

The crypto regulation on wallets that the EU is working on

After (almost) averting the risk of a ban on Proof of Work in the MiCA law being drafted by the European Parliament, the ECON committee is to vote on an AML regulation to be included in the revision of the Transfer of Funds Regulation (TFR).

The news is coming from Patrick Hansen of Unstoppable DeFi, who provided the first updates on the failed ban on PoW.

The problems with the new AML regulation

The European Union has to adapt to the FATF “Travel Rule” and, as Hansen explains, this regulation stipulates that those offering crypto services including exchanges and wallets must share their customers’ information. The point is that the proposal that the committee is working on would have what are called “red flags”.

“Different from the initial proposal that only required to collect (not verify) personal data from transfers made from/to an unhosted wallet, the draft now requires to “verify the accuracy of information with respect to the originator or beneficiary behind the unhosted wallet”.

“But it doesn’t say how exactly a crypto service provider should be able to verify the unhosted counterpart.

The consequence of this, imo, is that most crypto companies won’t be able or willing to transact with unhosted wallets anymore in order to stay compliant”.

The ones who would lose out would be all those “unhosted” wallets that are not connected to exchanges, such as Metamask.

But this is not the only problem.

The other problem Hansen noted is that for every transaction over €1,000, companies are obliged to inform the relevant AML authorities, regardless of whether there is any suspicion of money laundering. This raises a question of privacy.

In addition, one year after entry into force, the new legislation stipulates that the EU Commission may assess the need to introduce further measures and restrictions towards this type of wallet. This could culminate in a ban on making transactions with non-hosted wallets.

Non-hosted crypto wallets risk being banned in the EU

“While the FATF travel rule only requires these measures for transactions over a certain amount (1k$) and the TFR for fiat (wire transfers etc) only requires the information sharing for transfers over 1kEUR, the draft sets no minimum threshold for crypto transfers.

That means that soon every single satoshi transaction that is not purely P2P will have to be accompanied by the sharing of personal information”.

According to Hansen, this is completely unjustifiable and would risk effectively outlawing unhosted wallets, as well as creating an attractive database for hackers.

What happens next for MEPs

The vote on this proposal will take place on Thursday. Unlike the PoW ban contained in MiCA, it seems that this time MEPs are fairly unanimous in keeping this framework unchanged. And that would be worrying.

Where does the MiCA stand?

In the meantime, MEP Stefan Berger has confirmed that he has not had his mandate withdrawn to lead the negotiations on the MiCA, which in theory could have been stopped by the Socialists & Democrats.

It will now be up to Berger to lead the negotiations with the other European bodies. In the meantime, the ban on PoW remains out of the bill, but the issue of Bitcoin mining could be brought back into the European taxonomy. But that is another story.