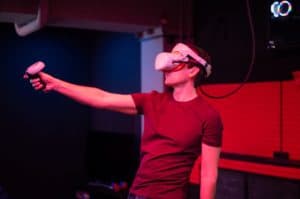 How to design blockchain games ethically

There are many fields in which blockchains and their related cryptocurrencies are making powerful inroads, breaking old patterns and creating greater interaction, security and transparency in transactions. One of the most promising fields is certainly blockchain-based gaming, where the revolutionary innovation of NFTs applied to gaming has been tested for some time.

The fact that the blockchain is decentralized and does not need a central authority is a sort of Copernican revolution for game enthusiasts who are becoming increasingly involved in the game itself. In the case of NFTs, the game is enriched by the component of earning digital assets by performing certain in-game actions, which increases the interest and involvement of users engaged in the game.

A recent report showed that in the US and the UK, blockchain has increasingly entered the minds of most major game developers. Last year’s entry into gaming by NFTs only accelerated a process that had been going on for at least three years.

NFTs are integrating into the gaming world

The downside: the case of Ubisoft

A further push in this direction could come from the development of games in the virtual world of the metaverse, for an increasing interaction with the new web3 ecosystem. But according to some game purists, the entry of NFTs could have heavy repercussions on the spirit of the game itself.

An example is the case of Ubisoft, one of the main developers of popular games such as Assassin’s Creed, which in December introduced support for NFTs in one of its games. The result was a half disaster, with thousands of users furious at the difficulty of getting the NFT rewards, and the result for the company was a half fiasco, both in terms of image and business.

This is why there could be a sort of contrast between blockchain games and DeFi games, i.e. those that use NFTs for play and interaction between users.

Blockchain games, because of their privacy and data security features, could have greater transparency and confidentiality of player data. Video game giants ranging from EA Sports to Zynga have long been looking at the possibilities that blockchain offers developers to create new interactive games, an industry that Fortune Business Insights has estimated at over $200 billion in 2020.

Some games such as Sandbox or Axie Infinity (which would have generated $2.3 billion in 2021), created precisely thanks to blockchain technology, have quickly become must-haves, downloaded by hundreds of thousands of people around the world.

The Fair Data Society is about to launch a dApp, Fairdrop, for file transfer that fully respects the privacy and data of the user. It uses encryption to share files that are resistant to DDoS (Distributed Denial of Service) attacks, ensuring maximum security. The dApp could also soon be implemented in gaming, as announced by the company.

The post How to design blockchain games ethically appeared first on cryptodailynews24.com.