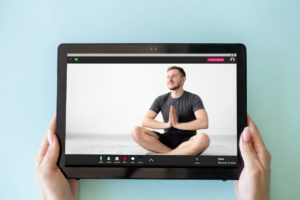 DeepWell Digital Therapeutics is the new video game company for mental health. Launched on 16 March 2022, after a long period of preparation and development, the startup deals with new in-house games with therapeutic value.

DeepWell Digital Therapeutics (or DeepWell DTx) is reportedly the new company that wants to unlock the potential of video games to provide widespread access to powerful mental health treatments on a global scale.

Officially launched on 16 March 2022, after months of development, research and recruitment, DeepWell DTx, which now has a team of more than 40 industry-leading creators, game designers, scientists and medical professionals, is ready to launch its new therapeutic video games.

Speaking about this, Mike Wilson, who has produced more than 100 games over two decades, commented:

“Our medium is often harshly judged for its perceived negative impacts on the mind and body. But the scientists who study video games, as well as the developers that build them at the highest levels, already know that the opposite is true. DeepWell is bringing entertainment and medical science together to build upon the proven fact that video games can be good for you, and, thanks to global digital distribution, they’re an important tool to make treatment affordable and accessible. Moreover, with games that are legitimately fun, patients and players will seek out their positive benefits again and again. Soon, some of the best video games in the world will be recognized for what they are – powerful medicine – and game designers will be shaping a new discipline with the potential to reach the biggest audience on the planet”.

DeepWell Digital Therapeutics’ new video games were conceived in the midst of the Covid-19 pandemic and represent a new tool to tackle the widespread crisis.

Just two days ago, DeepWell DTx shared on Twitter its “challenge” to the community that will be presented at the First Annual Mental Health Game Jam.

DeepWell DTx’s First Annual Mental Health Game Jam is committed to challenging our community to use their skills to create games that demonstrate how video game themes and mechanics can be utilized as treatment.

“DeepWell DTx’s First Annual Mental Health Game Jam is committed to challenging our community to use their skills to create games that demonstrate how video game themes and mechanics can be utilized as treatment”.

Specifically, this is a unique event that acts as a “call for games for mental wellbeing” and will take place from 1-22 May 2022.

The challenge to the community aims to create new games that:

Nintendo, NFTs and the metaverse: what joy can we provide to users?

At the beginning of last month, video game giant Nintendo also seems to have taken a more “philosophical” approach to following the trend.

Indeed, Nintendo revealed that it was thinking about how to introduce blockchain technology, questioning how it could “provide joy to users through metaverse and NFT”.

A very different approach compared to other famous brands in the same sector that have preferred experimentation over philosophy. This is the case of SEGA, which as early as April 2021 reportedly revealed that it was collaborating with game developer Double Jump Tokyo to launch NFT content.

Different ways of doing things, which did not meet with great enthusiasm on the part of the fans, for SEGA it was the abandonment of its projects based on Play-to-Earn.