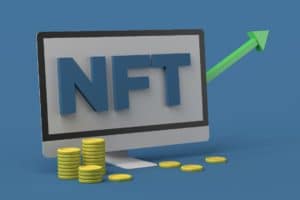 The NFT market is on the rebound

After a few weeks of decline, it seems that the NFT market has recovered to some extent.

Taking the Nansen NFT-500 Index as a reference, the last 30 days have seen a 2.8% drop in ETH, but a 14% rise in USD. On the other hand, the price of ETH in USD over the past 30 days has risen 9%, so the NFT market has benefited only slightly less.

However, up until 10 March, it was falling, and the subsequent rise only occurred from 14 March onwards.

It is no coincidence that 15 March is also the day on which a new small phase of growth in the price of ETH began, rising from $2,500 to over $3,000 in about ten days.

The NFT market, minting is no guarantee of profits

Meanwhile, a report by Nansen on NFT creators has been published showing that simply minting non-fungible-tokens does not guarantee the generation of profits. In fact, the majority of minted NFTs fail to sell at all.

The report reveals that from January 2021 to February 2022, on average, only 44.8% of minted NFTs are resold on the secondary market within 30 days, less than half. Moreover, this percentage has been declining since July 2021.

Secondary market” means resale after the initial purchase directly from the manufacturer.

As many as one in three of all minted NFTs subsequently becomes a dead collection, with little or no exchange activity. In addition, a similar percentage has market prices below the cost of minting. However, these percentages are currently declining.

The report suggests that buying freshly minted NFTs is a strategy that should be considered, but only by first carefully analyzing one’s risk appetite. It also stresses that it is essential to conduct thorough due diligence on the designs behind the various collections, to try to reduce the risk of loss as much as possible.

Most NFT creators spend up to 0.5 ETH on minting, but the total value of NFTs created with less than 0.5 ETH represents only 10.7% of the total value. In contrast, the NFT market is dominated by those who spend between 10 and 100 ETH and account for around a third (32.6%) of the total minting volume.

The report argues that the behaviour of NFT creators could be taken as a signal for short-term market trends. Indeed, Nansen’s NFT index data signalled the recent downward trend in the market, which was reflected in the minting of new NFTs.

The post The NFT market is on the rebound appeared first on cryptodailynews24.com.