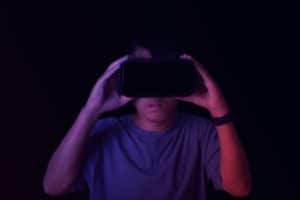 Cybercrime in the metaverse, the fears

The metaverse seems to be generating a lot of hype that is being held back by certain risks, including cybercrime.

Risks of cybercrime in the metaverse

Discussing this disturbing possibility is Prabhu Ram, head of the industry intelligence group at CyberMedia Research on CNBC. He gives a concrete example. Two avatars, a boss and an employee talk about a multi-million dollar deal in the metaverse and break up. Then they meet again and the boss knows nothing about the previous conversation. A phenomenon called deepfake has happened, whereby one avatar has replaced another, with the same appearance. It’s a very peculiar case of hacking, but one that must be taken into account by companies that are developing metaverse, Meta in the lead.

“Since the contours and potential of metaverse are yet to be fully realized, the overt concerns around privacy and security issues in the metaverse remain confined to only a few ‘tech-aware’ companies.

As new attack vectors emerge, they will require a fundamental realignment of today’s security paradigms to identify, verify and secure the metaverse”.

After all, there have already been unpleasant incidents in the world of social networking where users take the place of other users. It often happens to celebrities, who find their emulators using the same profile and cover images as them, and a misleading nickname.

This trend could be amplified in the metaverse.

To prevent this from happening, it might be a good idea to introduce biometric recognition systems or other practices that allow one to be certain of the identity of avatars.

The other complex problem to be solved is the privacy of users and what big companies do with personal data. After all, using devices to enter the metaverse, which may reproduce one’s own features, movements and voice, is tantamount to handing over this information.

Not exactly a prospect on which one can feel comfortable. Metaverse companies will certainly have to be very careful about privacy and the data of their users, and regulatory authorities will have to be seriously vigilant.

According to a survey, only 20% of people want to use the metaverse for work

Is the metaverse scary?

It is probably also for these reasons that the metaverse is not a mass product at the moment. According to a Dynata survey of 11,000 users in 11 countries, only 21% want to socialize in the metaverse and only 20% would like to use the metaverse to collaborate with colleagues at work.

Interestingly, 80% of the sample use video calling apps such as Zoom, Facetime, WhatsApp and WeChat, but seem reluctant to enter the metaverse.

This is not the first survey to note a certain fear of entering the metaverse. One with similar results had already been conducted in the US.

Learning to be in the metaverse

The metaverse will be a new dimension to be manoeuvred with caution, where one must learn to belong. It is not just the risks of cybercrime, deepfakes, personal data and privacy.

There are also social reasons. Immersing oneself too much in the metaverse can, according to some, have serious psychological effects: the user enters a parallel world with appearances that may be perfect, and in which he interacts with people. The reality is that he may be alone in a small room and the avatar is a mask of physical defects that he may not accept.

All this has consequences that, sooner or later, will have to be dealt with, because the metaverse is not just about business.

The post Cybercrime in the metaverse, the fears appeared first on cryptodailynews24.com.