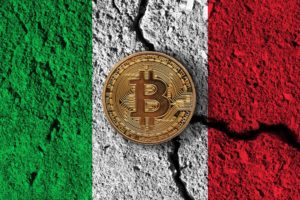 In the crypto-economy world, which is constantly and precipitously evolving, Italy risks being left behind, while the rest of the world is moving quickly towards the creation of a crypto regulation capable of defining a clear and manageable regulatory framework for operators.

MiCA in the European Union

This is happening in Europe, which is moving towards the approval of the MiCA (Market in Crypto Asset Regulation): at its meeting on 14 March, the Economic Committee of the European Parliament took another step forward in defining the contents of this important body of regulation, overcoming the obstacle of the proposal that aimed to prohibit projects based on Proof-of-Work, in relation to the issue of energy consumption and environmental sustainability.

The MiCA should therefore only regulate the fiscal and regulatory aspects of crypto, while the environmental aspects of mining will be left to another commission.

Europe is thus preparing to equip itself with a homogeneous and harmonized framework of discipline that aims to set a global standard with an innovation-friendly regulation, as stated by MEP Stefan Berger, chairman of the Committee on Economic and Monetary Affairs.

What happens in the United States

With the signing of an executive order by President Joe Biden, the United States is also moving towards regulating the sector.

The stated objectives of this executive order are to pursue what is defined as “responsible innovation of digital assets” by striking a balance between innovation and consumer and investor protection.

This is to be done with a comprehensive approach that should cover all digital assets but also the future US digital currency.

Six key objectives are in focus

Dubai wants to be a crypto hub

In the meantime, Dubai is aiming to become a global cryptocurrency hub, not least through the adoption of regulations that set clear and manageable rules to facilitate the process.

In recent days, in fact, a law on virtual assets has been approved and the Dubai Virtual Assets Regulatory Authority (VARA) has been set up.

This agency will be in charge of organizing, issuing and trading with virtual assets and tokens; authorizing providers of services related to virtual assets; setting standards for the protection of personal data; supervising the operation of platforms for virtual assets; and monitoring transactions to prevent possible market manipulation.

The first practical consequence of this new regulatory approach is that a giant such as Binance has obtained its licence to operate in Dubai and has signed an agreement with the Dubai World Trade Centre Authority to support the development of “a new international ecosystem of virtual assets”.

Dubai wants to be a crypto hub

The case of Ukraine

Then there is the particular case of Ukraine which, in having to manage the dramatic war emergency situation, on 16 March approved a law on virtual assets.

A law which was certainly adopted on the wave of donations in cryptocurrencies in support of the Country at war, which has rapidly reached a considerable threshold of around 100 million dollars, the scope of which is substantially that of facilitating the realization of operations and economic initiatives in cryptocurrencies, within a perimeter of clear rules and under the vigilance of the Ukrainian National Commission on Securities and the Stock Market.

The list of crypto-friendly countries, or at least those that treat crypto assets as an opportunity rather than a threat, does not end here and, indeed, is growing over time.

The situation in Italy

The regulatory framework presents a series of significant criticalities which, obviously, have a significant impact on the development prospects of the economic sector linked to crypto assets.

First of all (and this has been written several times in these columns), there is no provision of a fiscal nature dedicated to cryptographic assets, and obviously, to cryptocurrencies first.

The consequence is that the issue of the tax treatment of cryptocurrencies, but also of other types of digital assets, such as tokens issued in the context of ICOs and NFTs, is left entirely to the interpretation of the tax authorities.

An interpretation that is sometimes arbitrary and, in some cases, in open contrast with indications that can be drawn from legislative provisions.

It is enough to think of the axiom of the equivalence of virtual currencies to foreign currencies, repeated in all the interpretative acts of the Revenue Agency: an axiom that clashes, not to mention all the rest, with the clear and unambiguous wording of art. 2 of Presidential Decree 148/1988 (Consolidated Law on Currency) which indicates what is to be considered foreign currency (i.e. foreign banknotes and government bonds having legal tender status and a series of securities and credits) that clearly have nothing to do with virtual currencies. Or the unexplained assertion that cryptocurrencies are subject to the monitoring requirement for foreign assets, even when the relevant private keys are physically held in Italy.

Important critical issues also arise in the area of anti-money laundering legislation: in fact, Legislative Decree 125/2019, in transposing the EU’s Fifth Anti-Money Laundering Directive, with reference to virtual currencies, has forced the hand in the sense of extending its scope beyond the provisions of European legislation.

To complicate the situation, there is the issuance of the MEF decree called to implement the obligation of registration in the register of credit mediators at the OAM of a vast range of operators in the cryptocurrency sector, burdening them with onerous obligations of periodic communication of the data of clients and operations, under threat of important sanctions.

This subject has already been addressed.

In the meantime, there would also be bills to fill the gaps, but it is very difficult for them to be scheduled and approved by the end of the legislature, with a Parliament jammed with deadlines for the conversion of many decree-laws that, in this emergency period, have particularly characterized the Italian regulatory production.

Chronically delayed, moreover, are also the guidelines of the Agency for Digital Italy that would allow the full legal value to be attributed to smart contracts, as provided for already in 2018, by DL 135, converted into Law no. 12/2019.

Now, it is clear that all this does not make Italy the ideal place to start a business project to imagine implanting a business based on crypto assets.

A business project, in order to be properly planned, must be based on reasonable certainties. And unfortunately, the regulatory framework in Italy, instead of providing the certainties that one might expect, behaves like a crazy variable.

For example, a significant fact, now in the public domain, is that, following the adoption of the decree on the obligation to register with the OAM, many operators of leading exchange platforms that had chosen to create branches in Italy, have changed their minds and decided to abandon the prospect of operating in the country, precisely because of the lack of clarity of the reference standards.

Therefore, the inability to put together a package of sensible regulations risks causing Italy to miss out on the opportunity to enter and develop in a sector whose turnover in cryptocurrencies alone is estimated at around 3 trillion by the end of 2021. This is without considering the steadily growing market for other assets such as NFTs.

This is a market of commercial and technological services, where valuable skills can be expressed and create wealth without any particular need for infrastructure, but relying mainly on knowledge, creativity and inventiveness.

All this is happening while other countries are preparing to colonize such a lucrative sector.

Is Italy really going to miss this train?