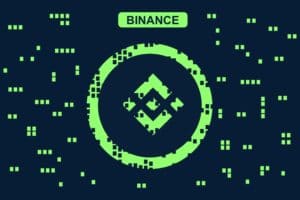 Binance Labs announces that it has led an $8 million funding round for Tea, a new company building an open-source software platform based on the blockchain.

Binance’s venture capital and innovation incubator, Binance Labs, has announced that it has led the $8 million funding round for Tea, so it can invest in the blockchain-based open source.

Warmest welcome to @teaxyz_ , a unique company building an open-source software platform on the blockchain, to join Binance Labs family!https://t.co/AUMxEKTUu6

“Warmest welcome to @teaxyz_, a unique company building an open-source software platform on the blockchain, to join Binance Labs family!”

“Open source” lies in the fact that Homebrew has been used by tens of millions of developers around the world and has served as a backbone for the largest technology corporations to build their products without directly contributing to its development.

Tea, with its tools such as Homebrew, represents the evolution of traditional open-source software, creating a new category in which volunteer developers are also compensated and involved in open governance.

Specifically, while Tea controls the open-source graph that underpins modern digital infrastructure, packages will be released on-chain as NFTs with their dependency metadata included. So while developers use Tea, governance tokens will be available based on their actual and true usage to drive the entire open source ecosystem.

In this regard, Max Howell, co-founder of Tea said:

“Web 2.0 accrued fortunes on the backs of free labor by unpaid open source volunteers,” said co-founder Max Howell. “Web3 has the power to change this. There is so much that can be done in this space that nobody has tried before. Tea is an approachable, intuitive collection of tools that will work with Web 2.0’s Internet of today and web3”.

“We’re not changing the nature of open-source. It’s still free,” explained co-founder Timothy Lewis. “Software wants to be free, but programmers need to be compensated. We’re bringing the creator economy to open source. Our vision is to fix how open-source is funded and create the tools that will accelerate its creation for the benefit of all humanity”.

In practice, Binance will integrate multiple dApps to allow users to experiment with DeFi, using the Binance app, which is much easier to use than PancakeSwap. This is all possible via the Binance DeFi Wallet which will be the new dedicated wallet to transfer funds and use the dApps.

The PancakeSwap Mini Program will be available in a few days by scrolling down from the top of the Binance App homepage, where it will say Mini Program Marketplace.