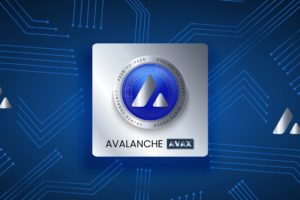 Coinbase Cloud has announced the launch of its blockchain infrastructure with dedicated solutions and services for Avalanche.

With this move, Coinbase chooses to enhance a blockchain that has $11 billion in locked assets and 185 protocols built on it. These include Curve, Aave, Defi Kingdom. It has enjoyed a meteoric rise since its launch in 2020, with a boom in 2021 in particular.

As explained by Coinbase on its official blog, Coinbase Cloud will have a public validator that will allow delegates to more securely stage their AVAX tokens.

Validators support the growth and security of the network by verifying transactions, participating in the consensus mechanism and adding blocks. Staking delegators contribute to the role of the validators.

Coinbase Cloud will allow delegators to stake a minimum of 25 AVAX, offering an infrastructure built with the highest security standards.

This partnership also extends to Coinbase’s wallet SDKs that will support the Avalanche ecosystem: it will be possible to purchase AVAX directly from the wallet.

In addition, Coinbase is building a “Query & Transact” infrastructure to provide easy access to useful data for Avalanche developers.

Avalanche fans and devs can get in touch with Coinbase Cloud during the Avalanche Summit, taking place March 22-27 in Barcelona, Spain. On 26 March at 6 PM GMT+1, there will be a meeting dedicated specifically to the integration of Avalanche into Coinbase’s Wallet SDK.

“We couldn’t be more excited to work with the Avalanche team to empower builders and participants. Avalanche is contributing to building a more vibrant and accessible Web3 economy, and we are looking forward to working with them to help the network grow and scale”.

“We are thrilled to be working with Coinbase Cloud. The Coinbase Cloud team offers the technical expertise, security best practices, and deep understanding of protocols that will make them one of the important contributors to Avalanche. We are excited for what’s to come and to build the Web3 future with Coinbase Cloud”.