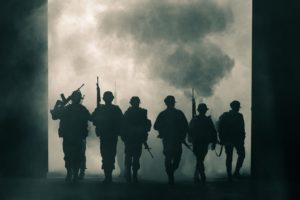 War and Art: new logos for companies that left Russia

“War and Art” continue to go hand in hand these days, and Czech artist Václav Kudělka has re-imagined the logos of companies that have left Russia, imagining their slogans against Russian President Vladimir Putin.

Václav Kudělka’s logos dedicated to companies that have left Russia

Not only sanctions, the Russia-Ukraine war also involves large multinational brands that have chosen to leave the country in dissent of Russian President Vladimir Putin’s operations.

The Czech artist Václav Kudělka has published 16 new reimagined logos of these companies against Putin, picturing what they would say if they could speak.

Here is how Kudělka describes his works:

“Big brands are boycotting/leaving the Russian market to express opposition to Putin’s actions towards Ukraine. So I created a series of edits, what their logos would say if they could speak”.

And so, among the many, Netflix would become Nyetflix, McDonald’s would change its slogan from “I’m lovin’ it” to “I’m leavin’ it”, VISA would instead add a “Hasta la VISA”, Adidas would turn into Adios, Ebay into Ebye, FedEx into FedExit and the infamous Amazon would become Amazoff.

War and Art: Ukraine and the new NFT collection dedicated to the war

A week ago, Ukraine’s Deputy Minister of Digital Transformation Alex Bornyakov reportedly said he would launch a new NFT collection dedicated to the war against Russia.

In this case, the collection would aim to be a museum of the Russian-Ukrainian war, but also a system of transferring funds from external donors to warring countries such as Ukraine.

It will leave an indelible trace of what the Ukrainian population is experiencing, in the form of Non-Fungible Token (NFT) Art, linked to unique digital artworks.

Of course, Bornyakov also said that the collection will not be available in the short term, as it will take time to prepare everything. And who knows, maybe with the auctioning of the collection, Ukraine will be able to raise additional funds that can also be used for reconstruction after the end of the conflict.

The post War and Art: new logos for companies that left Russia appeared first on cryptodailynews24.com.