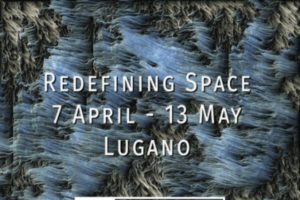 REDEFINING SPACE, the exhibition in Lugano

Cortesi Gallery is thrilled to inaugurate its new exhibition REDEFINING SPACE, in collaboration with  cryptodailynews24.com, opening on the 7th of April in via Nassa 62, Lugano. The show brings together  artworks by important and innovative contemporary artists that work with sculpture, print, video and  virtual reality through NFTs; Leo Caillard, Matteo Mauro ed Emanuele Dascanio.

The exhibition aims to turn our gaze to the present of art, to establish an exciting dialogue between  classic and contemporary. The artworks exhibited renew the traditional concept of space anchored to  the world’s physical and material dimension, extending it beyond itself into the virtual sphere of  nowadays—the mythology of a new dimension from material to digital, from classic to  hypercontemporary. The notions of universe, multiverse and Metaverse arise as anthropocentric  concepts aimed to overlap the limits of movement and the existence in space, allowing us to glimpse  a new layer of reality.

The artistic practice of Leo Caillard (Paris, 1985) plays with the contrast between classicism and  modernism, taking the notion of time as a starting point. In his artworks, the myths of ancient Greece  relive acquiring a new meaning. The artist interprets classical mythology as a metaphor of the present, which could permit rethinking the future of art. Thanks to the anachronistic juxtaposition of classical  figures with XXI century objects and atmospheres, the artist frees art from its finiteness, gathering past  and present in a circular temporality that makes it possible to exchange the real and the virtual world.

Matteo Mauro (Catania, 1992) intuits the infinite expansion possibilities of space, focusing his  attention on the concept of volume, which is central both in his sculptures and in his NFTs. In the first  case, the artist negatively highlights space, using voids that stand out with different materials in  contrast with the cubic volumes. On the other hand, in digital artworks, the environmental dimension  is prominent; the artist reinvents space following a baroque inspiration that takes possession of every  available centimetre, expanding until the virtual world. Here anthropomorphic volumes merge with  details inspired by the four natural elements, creating a new universe: the Metaverse.

Emanuele Dascanio (Garbagnate Milanese, 1983) is the most conventional artist because he uses the  traditional technique of drawing – the chiaroscuro – as the reference point for his NFTs. He presents  images populated by striking figures belonging to the religious world; they are represented in a  hyperrealistic way, immersed in a classical atmosphere made even more dramatic through black and  white contrast. Art history is turned into a fantastic reality; the finitude of the human being is expressed  and denied through the transformation of forms into infinite characters, together with movement and  sound.

Exhibition curated by the Artists and Lorenzo Cortesi

The post REDEFINING SPACE, the exhibition in Lugano appeared first on cryptodailynews24.com.