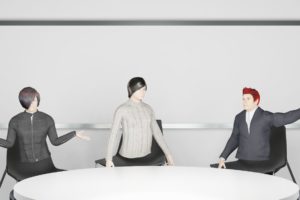 Amazon launches a game in the metaverse

A few days ago, Amazon launched a paid-for 3D online game in which players move through a virtual city helping people solve real-world technology problems and use cases through the cloud. This is Amazon’s first experience in the virtual world of the metaverse.

Amazon’s game in the metaverse

The new game, according to Bezos’ plans, should give new impetus to its AWS service, which now bills more than just its ecommerce business.

The game is called AWS Cloud Quest: its operation seems rather simple and intuitive. In a nutshell, the game developed by the company’s technology team aims to help people build more cloud-computing skills.

Users navigate a virtual city, helping its inhabitants solve cloud-related IT problems while earning points for completing simulations and puzzles. The clear goal is to increase awareness and therefore adoption of Amazon’s cloud service, which the Seattle-based company has been focusing on for years.

said Kevin Kelly, director of professional cloud education programs at AWS in a post on the company blog

“We’re continuing to innovate on how students can develop their practical cloud knowledge and skills by meeting them where they are and bringing knowledge within reach of anyone by making these programs free”.

There has long been talk of Amazon adopting cryptocurrencies in its marketplace as well, something that top management has never ruled out. This incursion into the metaverse could be a further step towards greater openness to the world of NFTs and cryptocurrencies, as part of the Web3 ecosystem that is increasingly attracting the curiosity of tech giants.

The post Amazon launches a game in the metaverse appeared first on cryptodailynews24.com.