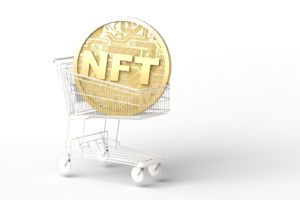 The NFT market is in a state of constant renewal

The NFT market no longer seems to be a fashionable phenomenon, but an increasingly well-established, growing and, above all, constantly evolving market for non-fungible tokens.

In 2021, purchases and sales have a total value of more than $24 billion according to data from the company DappRadar. More than half of these would be collectors’ items, such as Beeple’s famous Everydays, which sold for more than $69m at a Christie’s auction in March last year.

The first months of 2022 seem to confirm a strong growth trend.

A brief history of NFTs

Yet despite what many might think, NFTs are not a recent phenomenon. The first NFT dates back to 2014, when New York-based artist Kevin McCoy created the first non-fungible token called “Quantum”.

The year 2017 saw the birth of CryptoPunks, perhaps the most famous and expensive series of collectible images in the NFT market.

But 2021 was the year of the real explosion, when sales of works by NFT artists were sold at Christie’s and Sotheby’s for several million dollars.

2021 is also the year when many major companies such as Twitter and Meta started to look more and more interested in the NFT market, as well as many famous fashion, car and sports brands, such as Gucci, Prada, Lamborghini, Ferrari, the US NFL, the Australian Open tennis tournament and many international football teams.

The NFT market is constantly evolving

The renewal of the NFT market

The NFT market is constantly evolving and renewing itself, as demonstrated by the growth of new blockchains such as Solana or Tezos, which are focusing heavily on the NFT space.

On Monday, Adobe‘s creative presentation platform, Behance, announced a new feature that will allow users to earn more money from their projects through the NFT system.

This innovation will allow users to link their accounts to Phantom wallets and display their SOL NFTs on their account profiles.

“It has been an inspiration to watch artists from around the world being discovered for their work and building new communities through the NFT marketplace. Many artists are discovering not only a new way to generate revenue, but also new levels of artistic freedom”.

That’s what Behance CEO Will Allen said two days ago.

A few days ago Meta CEO Mark Zuckerberg confirmed that NFTs will soon be available on Instagram. Immutable, a platform for trading NFTs on the Ethereum blockchain closed a $200 million funding round in late February, taking its valuation to $2.5 billion.

2022 is likely to see NFTs being used in new sectors, as Josh Katz, founder of ticket and collectibles sales platform YellowHear, argues.

“We’re going to see a lot more sectors starting to use NFTs for efficiency, authentication and to cut out middlemen looking for returns. This will be the next phase where we will see the utility and targeted use of NFTs”.

The future of the industry

Some experts believe that NFTs could even revolutionize the stock market this year, as companies could sell their digital tokens instead of traditional shares.

Not to mention the influence that NFTs will have on the future development of the metaverse and the virtual world related to gaming, for example. According to Mintable’s co-founder and CEO Zach Burks, we will see a boom in this sector as early as 2022.

The post The NFT market is in a state of constant renewal appeared first on cryptodailynews24.com.