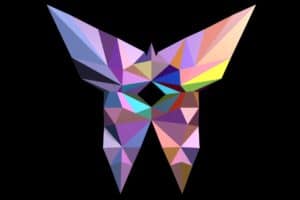 Bruno Cerasi: the second drop of the Faded22 NFT is now live

Bruno Cerasi launches his second drop of the Faded 2022 NFT, following the success of the first butterfly in January which sold two days ago for 2 ETH. His Faded22 project will launch one digital butterfly per month as a response to his eye test.

Bruno Cerasi and the launch of the February Faded22 NFT

Italian artist Bruno Cerasi is ready to launch his February Faded22 NFT: the new butterfly of the second month obtained by an algorithm representing the results of his eye tests.

The evolving collection can be seen on the Foundation.app website, which also shows the sale of the previous NFT that took place two days ago, with the auction closing at 2 ETH.

Faded22 represents a personal experience. The artist, in fact, had a stroke in 2009 that took away part of his sight and, recently, after realizing that his sight is still diminishing, he decided to use the art and technology of Non Fungible Tokens to launch his collection.

Basically, every month for a year, Cerasi will launch his NFT digital butterfly that represents, through an algorithm, a work of art that transforms the response of his eye exam, thus telling the story of his change.

NFTs by Bruno Cerasi: “a hymn to life with its ebbs and flows”

This digital art project by Bruno Cerasi, like all his art in general, has been defined as a “hymn to life with its ebbs and flows“, i.e. an open dialogue with viewers.

The aim of this dialogue is to communicate and build invisible, yet perceptible, sentimental connections.

In the Faded 2022 project, Cerasi communicates the monitoring of his field of vision, which, through numbers and graphics and an algorithm, are then transformed into colours. The choice of the butterfly, on the other hand, is entirely symbolic.

Cerasi, since 2013, has chosen the butterfly to represent the overflow of information that surrounds us, and the paradox of being so distant from one another.

The post Bruno Cerasi: the second drop of the Faded22 NFT is now live appeared first on cryptodailynews24.com.