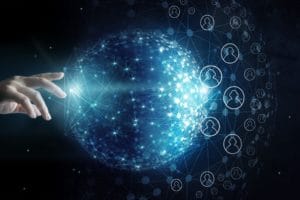 After announcing last December its official entry into the metaverse with the Metapolis project, Zilliqa takes another step into web3.

Zilliqa in Web3 with Tom Fleetham

In recent days, the company announced that it has hired a former IBM executive, Tom Fleetham, to develop new projects in gaming and virtual export.

The former IBM executive in the company’s plans is expected to be in charge of business development in sports and gaming. This should be an integral part of the company’s growth in the metaverse and web3.

About the former IBM engineer now at Zilliqa

Fleetham is a well-established manager in the tech industry and now comes to the blockchain and crypto world after a decade of experience at IBM, where he most recently held the position of Sports and Entertainment Lead.

Fleetham will lead the new team that will be responsible for developing new projects in gaming and esports with a focus on the metaverse.

“Blockchain technology provides the opportunity for gamers, fans, and eventually everyone to be rewarded more tangibly for the time they spend pursuing their passions. This is why I am so excited to have the opportunity to join Zilliqa and contribute to making that vision a reality”.

The manager said in a note commenting on his new venture into the company and the blockchain industry.

The partnership between MAD Lions and Zilliqa

A few days ago, MAD Lions, the e-gaming company, signed a five-year partnership agreement with Zilliqa to develop new content on the metaverse.

“MAD Lions already have a large and loyal following, so we’re excited to see them join our metaverse and give them the opportunity to create unforgettable experiences for their fans. Our experience in the eSports market and expertise in scalable blockchain technology has allowed this partnership to have unlimited potential over the next five years”.

The post Zilliqa invests in web3, games and e-sports appeared first on cryptodailynews24.com.