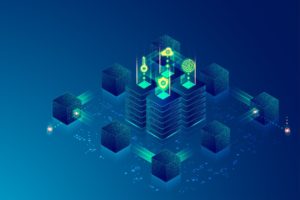 Which large companies use blockchain and crypto?

Blockdata published a report on crypto and blockchain in 2021 some time ago. The report, called “Blockchain & Crypto in 2021 – A review in data“, revealed, among other things, which are the top companies in the world using blockchain and cryptocurrencies.

The report on companies using crypto and blockchain

The report starts with these words:

“What an incredible year. We have a lot of words to describe it, and also no words at times”.

For example, venture capital raised by crypto and blockchain companies in 2021 jumped to over $21 billion, up from $3.6 billion the year before and $7.1 in 2018, with NYDIG alone raising $1 billion.

However, it is also worth mentioning that the main investor was Coinbase Ventures.

These include Alphabet (formerly Google), Microsoft, Samsung, Intel, PayPal, Goldman Sachs, Mastercard and Visa, to name but the best known.

However, these companies are not simply investing in blockchain companies. Instead, they are also building new products with these new technologies. Typically though, these are not consumer-facing products, but back-end technologies.

The most widely used of these technologies is Hyperledger, followed by Ethereum. Quorum and Corda are also among the most used, while the others are less so.

81 of the world’s top 100 companies by market capitalization use blockchain-based tools in some way, and 65 of them are actively developing their own solutions using this technology.

In total, Blockdata has uncovered over 800 companies that are building blockchain solutions, and many have organized themselves into 53 active blockchain consortia.

The single company that appears to be using the most crypto/blockchain technologies overall is SAP, followed closely by Alphabet, Microsoft and Accenture.

But these companies also include Coca Cola, Alibaba, Shell, Tata, and many others.

Crypto and blockchain as an alternative

According to Blockdata, the crypto sector is becoming so big because people around the world are starting to feel somewhat compelled to look for alternatives to traditional solutions. For example, inflation rates in the US and Europe are really something new compared to past decades. In short, new problems require new solutions.

Around 20% of the world’s population now live in countries with double-digit inflation rates, yet cryptocurrency adoption in these countries is often still in its infancy.

There are a total of 300 million users of crypto services worldwide, and according to Blockdata, people are starting to notice that an alternative financial system to traditional fiat currencies is available.

The post Which large companies use blockchain and crypto? appeared first on cryptodailynews24.com.