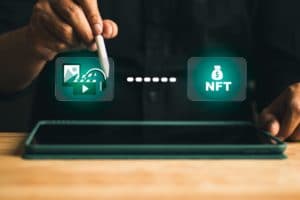 The correct framing of the taxation of NFTs is a real problem, primarily because there are generally no laws or regulations defining NFTs and even less so are there tax rules expressly dedicated to them.

What is meant by NFTs

Nowadays, when speaking of NFTs, in its most diffused meaning within the community of enthusiasts and experts, it is intended to refer ordinarily to works of art incorporated within a cryptographic digital support (as it can be an image, video or audio file) or to physical works connected, generally in an indissoluble way, to a certificate which allows the identification and the tracing. This type of asset, whatever its form, completely digital and cryptographic, or a mix of physical and digital, all have the qualifying feature of being non-fungible, thanks to the particular attributes of the blockchain technology used. They are therefore unique or replicable in limited numbers.

But how should the proceeds that can be derived from the occasional sale or trading of these particular crypto assets be taxed?

Not even the interpretative acts of the Inland Revenue Agency fill this regulatory gap.

In recent years, the Italian Inland Revenue has issued a series of praxis documents which, in their intentions, should have provided useful indications to resolve doubts on the fiscal treatment of digital assets. However, these interpretative acts have, on the one hand, raised more problems than they should have solved (because they are based on questionable considerations and guidelines, which are hotly contested by insiders) and, on the other hand, have essentially taken into consideration the matter of virtual currencies and tokens issued in the context of ICOs.

In other words, they refer to assets that are conceived and widely used to perform functions quite different from those normally pursued by NFTs.

In particular, this emerges from the tenor of the answers to appeal no. 14/2018 on the tax regime (IRES, IRAP and VAT) relating to the offering of digital tokens, no. 110/2020, on the VAT treatment of the issuance of tokens in the context of ICOs and, to some extent, of the answer to appeal no. 788/2021, on the holding of virtual currencies in digital wallets with possession of private keys and monitoring obligations.

The (uncertain) tax treatment of NFTs

This leads to a general uncertainty and many doubts on the correct application of tax obligations: if, despite not being a professional operator, I buy an NFT and then resell it, earning a profit, is that kind of income subject to income tax? And if I am an artist who produces and then sells his artwork in the form of NFTs, am I required to charge VAT on the consideration for my work? Should the holding of a work of art incorporated in an NFT be declared in the RW form, even if the private key to dispose of that work is held in Italy, by a person who resides there for tax purposes? And so forth.

The consequences, depending on which of these options prevails, are very relevant.

For example, if one argues that the works incorporated in a NFT in tax terms should be treated in the same way as works of art, for the artists who make a living from the sale of their works would be obliged to submit the sale to the specific VAT regime as regulated by certain provisions contained in DL 41/1995 converted into L.n.85/1995, and referred to the trade of works of art. Therefore, they are subject to the ordinary rate of 22% or to the reduced rate of 10% where it can be argued that a series of analytically identified conditions exist.

In this case, there is another issue to be resolved: it is also necessary to consider that this specific legislation, in order to be subject to the favourable regime, provides that the work must have characteristics (beyond the aspect of uniqueness or the limited number of reproductions) that are not necessarily present in a NFT.

In fact, the tax law treats the work of art as an entity characterized by material physicality that NFTs do not ordinarily have (even if technologies are being developed that aim at integrating inextricably into physical works a unique cryptographic trail that in fact also allows physical works to take advantage of the opportunities offered by the NFT technology).

The scenario changes radically if one states that the works embedded in a non-fungible token are to be treated in the same way as virtual currencies, according to current definitions.

In this case, the transfer of such works, even in the exercise of an economic activity, should not be subject to VAT as a strict rule, since it falls under the exemption provided for in Article 135(1)(e) of the EU VAT Directive 2006/112.

Therefore, as can be seen, depending on whether the centre of gravity of the interpretation is shifted to the substantive side of the nature of the artistic work linked to an NFT, or to the opposite side, of the cryptographic vehicle carrying the work, one can come to very different conclusions on the tax regime.

Determining where exactly this centre of gravity should be placed is a problem, not only because of the absence of specific and dedicated rules, but also because of the existence of rules that contribute to complicate the operation, even if they are not dictated in an expressly fiscal context.

“the digital representation of value, not issued or guaranteed by a central bank or public authority, not necessarily linked to a legal tender currency, used as a medium of exchange for the purchase of goods and services or for investment purposes and transferred, stored and traded electronically”.

Now, if we think of an NFT as a vehicle for an artistic work, it can be argued that it may constitute a “digital representation of value”.

On the basis of this new formulation, however, virtual currency is not only that digital representation which is “used as a means of exchange for the purchase of goods and services”, but also that which is functional for “investment purposes”.

Therefore, the addition of the expression “investment purpose” in this definition changes many things. In fact, while a work of art incorporated in an NFT cannot be regarded as being naturally “used as a medium of exchange for the purchase of goods and services”, it is nevertheless plausible to say that it is used for “investment purposes”.

And this brings us back to the origin of a dilemma that cannot be resolved from the point of view of the interpretative instruments available.

It is worth noting that the Fifth Anti-Money Laundering Directive (i.e. Directive 2018/843/EU), which the Italian legislation intended to transpose, defines virtual currencies as:

“a representation of digital value that is not issued or guaranteed by a central bank or public entity, is not necessarily linked to a legally established currency, does not possess the legal status of currency or coin, but is accepted by natural and legal persons as a medium of exchange and can be transferred, stored and exchanged electronically”.

In other words, in the European standard, where the concept of virtual currency is defined, the reference to investment purposes does not appear at all.

One would think that, by applying a common sense logic that starts from the verification of the practical and substantial function of that digital token and of the underlying work, it should be possible to reach sustainable and reasonable conclusions. However, in concrete terms, since this is the regulatory framework we have to deal with, we cannot get out of this cul-de-sac.

Hence, once again, it is to be hoped that the legislator will wake up from its lethargy and, by means of a decisive intervention, finally lay down organic and balanced rules on the tax treatment of crypto assets. And that it does not neglect to address the NFT chapter.