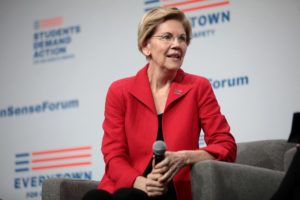 Stopping crypto to get around Russia sanctions: Elizabeth Warren’s bill

Senator Elizabeth Warren has introduced a bill that aims to target exchanges that allow Russia to circumvent sanctions with cryptocurrencies.

Cryptocurrencies and Russia sanctions: the bill

The new bill is intended to prevent Russian oligarchs from circumventing international sanctions with cryptocurrencies. The bill was announced yesterday at the end of a hearing with Chainalysis CEO Jonathan Levin. In explaining the initiative, the senator stated:

“No one can argue that Russia can evade ALL sanctions by moving ALL its assets into crypto. But for Putin’s oligarchs who are trying to hide you know a billion or two of their wealth, crypto looks like a pretty good option.

This is a bill that would authorize the President to sanction foreign crypto firms that are doing business with sanctioned Russian entities and authorize the Treasury Secretary to act”.

When reading the bill, one might wonder whether the aim is to fight Russia or the use of cryptocurrencies in general.

“Putin and his cronies can move, store, and hide their wealth using cryptocurrencies, potentially allowing them to evade the historic economic sanctions the U.S. and its partners across the world have levied in response to Russia’s war against Ukraine. I’m glad to introduce the Digital Asset Sanctions Compliance Enhancement Act with my colleagues to strengthen our sanctions program and close off any avenues for Russian evasion”.

Senator Warren has always been hostile towards cryptocurrencies. It is clear from the way the bill is structured that the aim is certainly to prevent Russians from using cryptocurrencies to convert their dollars and hide them from sanctions. But it is also true that the law would like to introduce controls on transactions by US citizens and crypto exchanges in general.

It will now be up to the US Congress to decide what to do with it, bearing in mind that the direction given by President Biden’s Executive Order is not to fight crypto and crypto exchanges, but to work towards keeping the US a leader in the sector.

The post Stopping crypto to get around Russia sanctions: Elizabeth Warren’s bill appeared first on cryptodailynews24.com.