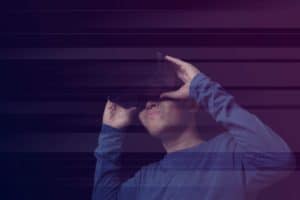 Former CEO of Disney in the metaverse with a startup

2022 could be the year of Disney’s official entry into the metaverse, according to rumours in the Wall Street Journal. At the same time, it could also be the year that its former chairman and CEO Bob Iger enters the metaverse.

Disney in the metaverse

In December of last year, Disney filed a patent for a virtual simulator that would provide theme-park-like thrills and spills directly in the metaverse.

“The Walt Disney Company has a long history of pioneering the use of technology to enhance the entertainment experience. (…) Our efforts to date are just a prologue to a time when we will be able to connect the physical and digital worlds even more closely, enabling limitless storytelling in our own Disney metaverse, and we look forward to creating unprecedented opportunities for consumers everywhere to experience all that Disney has to offer across our products and platforms”.

This was said by Bob Chapek, new CEO of Walt Disney during a press briefing a fortnight ago.

Disney increasingly involved in the metaverse

Genies for a trip to the metaverse

On Monday, Robert Iger, the company’s chairman and CEO for 15 years prior to Chapek’s arrival, announced that he had joined the board of 3d Genies. During his long presidency Disney has expanded its business, buying over the years first Pixar, then Marvel and Lucasfilm and finally from Murdoch, Century Fox in 2019. Iger also helped launch the Disney+ streaming service.

Founded in 2017, Genies’ mobile app allows users to create their own personalized digital avatars, for their social media profiles and, eventually, to travel through the metaverse. And it would be exactly this sector that the company now would like to develop thanks also to the entry of the new partner.

In a press release, the start-up said it was convinced that Iger’s help would be fundamental to the company’s growth, precisely in the new ecosystem of the metaverse.

The 29-year-old co-founder and CEO of Genies Akash Nigam, spoke in enthusiastic terms about the new addition of the former CEO of Disney, saying:

“He can’t think of a better creative and product thinker to partner with than Bob”.

Iger, in a note announcing his role in the start-up commented:

“I’ve always been drawn to the intersection of technology and the arts, and Genies offers unique and compelling opportunities to harness the power of that combination to enable new forms of creativity, expression and communication”.

Iger also added that there will be not just one metaverse, but numerous different digital worlds, and that users will have a unique experience jumping from one metaverse to another.

3D Genies has raised about $100 million in funding, according to Reuters. The company has also collaborated with a long list of celebrities, creating online avatars for musicians such as Justin Bieber, Cardi B and Shawn Mendes. It has also partnered with brands such as Gucci on branded digital items by launching a digital NFT marketplace.

The post Former CEO of Disney in the metaverse with a startup appeared first on cryptodailynews24.com.