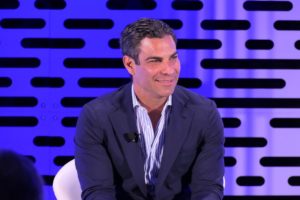 Paxful, in collaboration with Mayor Francis Suarez’s Venture Miami, will bring 500 students and Miami residents to the Bitcoin Conference 2022 and distribute as many tickets to them.

The Miami Bitcoin Conference is the largest Bitcoin event in the world. This year it will once again be hosted in the Florida city, which features crypto-friendly Francis Suarez as mayor. The aim of the partnership between Paxful, P2P exchange, Mayor Suarez’s Venture Miami and the Bitcoin Foundation is to give 500 students enrolled in 12 Miami universities or enrolled in Miami educational courses the chance to take part in the event, which will be held from 6 to 9 April.

Paxful, Venture Miami and the Bitcoin Foundation have opted for this decision in order to meet the needs of universities that are holding courses on Bitcoin.

The other aim of the initiative is to do something concrete to educate participants about financial freedom, one of the reasons Bitcoin was born. This is also why the mayor of Miami founded Venture Miami, to expand Miami’s technology ecosystem.

Together with the “How Can I Help” movement, initiatives were launched that led to 81 companies investing $1 billion and raising $1.2 trillion in assets under management. All to promote financial inclusion and combat the statistics that say 18% of American adults are unbanked or underbanked.

Miami will host the 2022 Bitcoin Conference

“Bitcoin is for the 100%, not just the 1% and it’s our responsibility to build educational opportunities that are inclusive of all – no matter age, social status, or income level. Together with Mayor Francis Suarez, Venture Miami, the Built With Bitcoin Foundation and the Bitcoin 2022 Conference, we are doubling-down to provide access to educational resources that are shaping the future of finance across the world. Through this partnership, we hope to increase access to knowledge and financial freedom for real people in the City of Miami”.

“We’re excited to partner with Paxful, the Built With Bitcoin Foundation and Venture Miami to make Bitcoin 2022 more accessible to non-profit leaders and Miami locals who are interested in driving bitcoin adoption and accelerating hyperbitcoinization”.

“At the Built With Bitcoin Foundation, we don’t just build schools – we build communities. We strongly believe that education is a vehicle towards opportunity and can provide a community with the foundation it needs to thrive. This initiative underscores our commitment to serving individuals who need it most, and we are honored to work alongside Mayor Francis Suarez, Venture Miami, Paxful, and the Bitcoin 2022 Conference to continue to carry out our mission”.