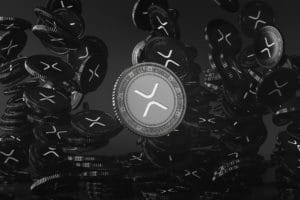 The newly formed XRP Ledger Foundation created by the company in September to raise funds for developers of new Ripple-related projects has already raised $6.5 million.

This non-profit and open organization was created with the goal of accelerating the development of the XRP ledger, the blockchain on which the XRP token runs.

More than 50 projects have received funding from the fund since it was established in September.

“The developer community has seen a tremendous growth and passion for building on the XRP Ledger that has only increased since the launch of the XRPL Grants program last year,” said Monica Long, GM of RippleX at Ripple. “With this new expansion, we are committing to participating in and supporting the developer community long-term. As the community grows, and the infrastructure and apps ecosystem matures, we are also excited about the opportunity for RippleNet customers to benefit from the community’s offerings and vice versa”.

The fund was launched in September and announced with a tweet on Ripple’s social profile.

We’re incredibly excited to launch our $250 million Creator Fund to enable creators to explore new use cases for #NFTs on the #XRPLedger and engage more deeply with the communities they care about. https://t.co/FJTsGET81C

The XRPL Grants program serves primarily to promote Ripple’s vision with the community of developers working to help build the Internet of Value by improving the functionality and speed of transactions related to the XRP Ledger blockchain. The first two phases of the single program also focus on NFTs.

Ripple recently pledged investments in native tokens worth $790 million to develop NFT-related projects over the next 10 years.

Ripple is still awaiting the outcome of a lengthy lawsuit filed by the SEC more than a year ago for allegedly selling XRP as a financial product without authorization. According to the latest rumours, the lawsuit could end positively for the company.