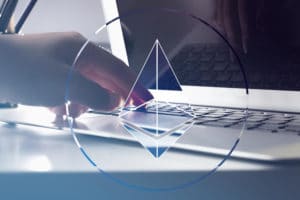 Ethereum: another concrete step towards PoS

A few days ago, the Ethereum Foundation announced the launch of the Kiln Merge Testnet.

Kiln is the successor to Kintsugi, which was a valuable testbed for the merge as it led to the identification of stable and robust protocol specifications.

So Kiln is in fact the new step in the process of merging Ethereum’s old Proof-of-Work blockchain with the new Proof-of-Stake Beacon Chain.

Kiln was launched in PoW mode in parallel with the Beacon Chain. This merger took place on Kiln on 15 March 2022, and now this new testnet is entirely running in PoS mode.

Kiln, the next iteration of Ethereum merge testnets, is now live

Highly recommended that node operators, application developers, stakers, tooling/infra providers test their setups on the network. Blog post has all the info to get started

Currently, the Beacon Chain is not yet used to carry out any real ETH transactions, which still take place on the traditional PoW-based blockchain, but in the future it is on the Beacon Chain that they will be recorded.

The fact is that Kiln should be the last merge testnet before the final upgrade.

The future of BlockChain will be based on Beacon Chain

Ethereum testnets will be based on PoS

Upon successful completion of this phase, the existing PoW-based Ethereum testnets (Goerli, Ropsten, etc.) will be merged with the new PoS-based network.

However, a precise date for Ethereum’s final transition to PoS has not yet been set, mainly because of the need to wait for the final results of the testnet merger.

Only after The Merge will ETH staked on Beacon Chain be able to be withdrawn.

What changes for Ethereum holders

Until then, essentially nothing will change for ETH holders as far as their actual use is concerned.

Instead, it is highly recommended that node operators, application developers, those staking ETH directly on the Beacon Chain, and tool providers test their configurations on the new test network.

Since the test phase of Kintsugi lasted just under three months, it is to be expected that Kiln will last just as long. Assuming that the next phase will also last around three months, The Merge is unlikely to take place before August or September.

The post Ethereum: another concrete step towards PoS appeared first on cryptodailynews24.com.