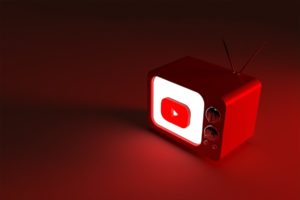 After a legal warning received from the giant Google, YouTube Vanced, one of the best apps for watching YouTube videos without any advertising interruption, closed down this week.

Vanced has always been on the verge of legality, precisely because of the possibility of free access to many YouTube services (which is owned by Google), including premium ones. But the final straw that broke the camel’s back is said to be linked to an NFT, according to initial rumours coming out of the Mountain View giant’s headquarters.

The same team announced that in the coming days it will no longer be possible to download the app, although those who have already done so will still be able to use it. However, without updates, it is easy to imagine that it will be destined to a slow agony, which according to the Vanced team could last two years at most.

The case of the NFT

As said, according to comments from the community linked to YouTube Vanced and to some rumours leaked from Google’s headquarters, the decision to take legal action against Vanced is linked to more than just its unorthodox and regular practice of granting users free use of the paid features of YouTube’s premium service.

The real reason behind Google’s decision to request the app’s closure is linked to an NFT, or rather the attempted sale of an NFT linked to the app a few months ago.

The sale apparently did not go through, partly because, as the company itself later announced, it was a sort of joke. But someone at the top of Google must not have been happy about this. On the other hand, the technological giant of web searches seems to be betting a lot on the NFT market and cryptocurrencies in general, with its own project to be launched by the end of the year, as Bloomberg magazine reported earlier this year.

YouTube CEO Susan Wojcicki said the company was exploring the possibility of adding the functionality of non-fungible tokens for its video creators as a way to reward their creativity.

In mid-January in its annual letter to creators it stated:

“We’re always focused on expanding the YouTube ecosystem to help creators capitalize on emerging technologies, including things like NFTs, while continuing to strengthen and enhance the experiences creators and fans have on YouTube”.