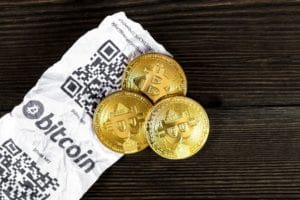 The UK’s Financial Conduct Authority (FCA) has declared that all Bitcoin and crypto ATMs are illegal because they would not have the right licence to operate in the country, and will therefore all be closed.

UK: the FCA warns that Bitcoin and crypto ATMs are illegal

According to a warning from the UK’s Financial Conduct Authority (FCA), it appears that all Bitcoin and crypto ATMs in the country do not have the right licence to operate and are therefore all considered illegal.

Specifically, the FCA writes the following:

“Crypto ATMs offering cryptoasset exchange services in the UK must be registered with us and comply with UK Money Laundering Regulations (MLR). None of the cryptoasset firms registered with us have been approved to offer crypto ATM services, meaning that any of them operating in the UK are doing so illegally and consumers should not be using them”.

Back in the day, it appears that the FCA had published a list of unregistered crypto firms, and a recent assessment found that over 110 of these would have already gone out of business.

Following the statement, the FCA presents the case of Gidiplus, a company offering cryptocurrency ATM services that wanted to continue operating while waiting for the Upper Tribunal’s verdict.

The judge reportedly ruled on a lack of evidence as to how Gidiplus would undertake its business in a largely compliant manner.

Not only that, the FCA also left a message for consumers who were made aware of the illegality of Bitcoin and crypto ATMs in the UK, stating the following:

“We regularly warn consumers that cryptoassets are unregulated and high-risk which means people are very unlikely to have any protection if things go wrong, so people should be prepared to lose all their money if they choose to invest in them”.

While the UK rails against Bitcoin and crypto ATMs, Spain, on the other hand, is still the first country in Europe for cryptocurrency ATM offerings.

Not only that, according to Coin ATM Radar‘s data, with its current 221 devices, Spain also ranks third in the world with the most Bitcoin ATMs, after Canada with 2390 and the US with 32498 installed machines.

Earlier this year, Bitnovo and Eurocoin apps also reportedly announced plans to jointly install an additional 100 Bitcoin and crypto ATMs in Spain during 2022.